Table of Contents Hide
1 I still remember the first few days …
2 With great goals:
3 I always believe that Solidarity is the greatest strength of Hao Phuong
4 We are really proud of what we have achieved.
5 The road ahead is still a lot of challenges

14 years ago, my 4 friends and I decided to open an electrical shop. At that time, none of us put much ambition on this job.

We are just 5 young people, with passion for machines, trying every day, doing really good jobs that we love most

The first few days were probably the most difficult and arduous days when we all had to prepare everything for our own shops. At that time, the electrical industry was not yet strongly developed.

Especially for private businesses. It is both convenient and difficult for Hao Phuong. We have to do a lot of market research, search for sources, develop a network of customers and partners for us.

I still remember the day when we had to manually paint each door to prepare for the first store opening ceremony. Although it was very difficult, with the belief in the direction that we chose, the store finally went into stable operation. This is the precursor to today’s Hao Phuong Company. So far 14 years have passed …

During the period of establishment and development of the company, the economy has experienced many ups and downs. For example, the economic boom of the years 2006-2008. Couldn’t just stop at providing products from domestic manufacturers. We have promoted the search for partners to import and trade products from foreign brands such as Fuji Electric, Idec Izumi or TOGI …

After the period of the economic boom in 2006-2008 was the economic crisis in 2009 – 2012. Although many difficulties and fluctuations, Hao Phuong still gradually developed and went up. 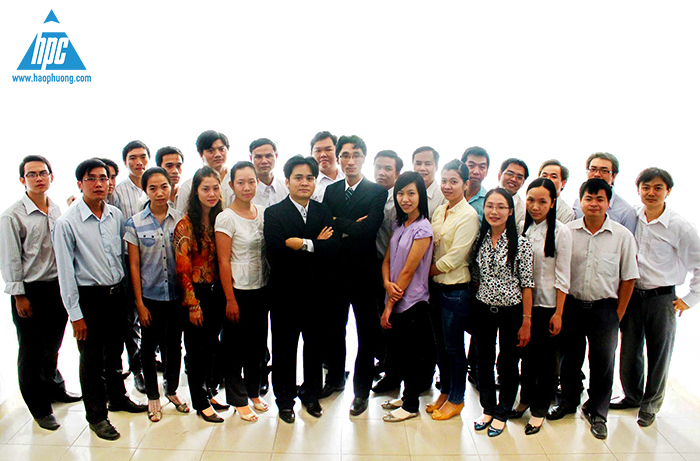 The 5 of us are just people with normal starting points. Because of that, we understand the value of money. Since the first day of establishment, Hao Phuong has always considered taking customers as a center in all business activities. With the development of e-commerce, Hao Phuong has been trying to become a leading importer and distributor in the electrical industry, pioneering to address challenges in the 4.0 era.

“Best serve of all customer requirements by all products that the company is distributing” has been and will be the guiding principle of Hao Phuong.

Having been successful as today, it is impossible not to mention the efforts of the staff who worked and built the company together. “The destination may not be the most important thing of a journey, the most important thing is the person who accompanies us on that journey. If you want to go fast, go alone, but if you want to go far, go together. ” That is the experience that Mr. Thang – Deputy CEO of the company has concluded after 14 years. Mr. Thang is also one of the 5 founders of Hao Phuong from the early days. 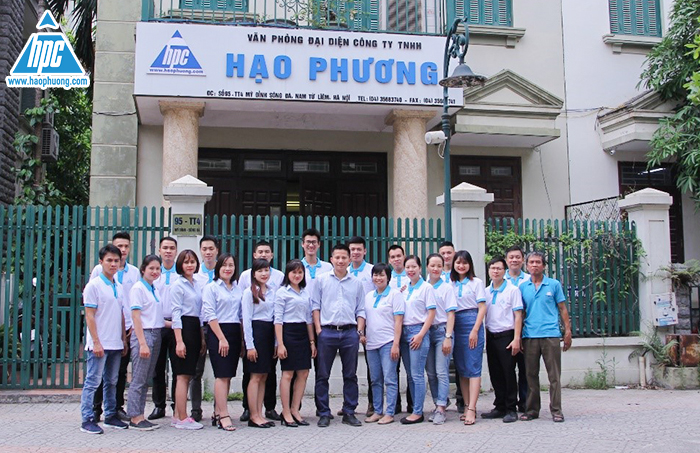 In order to do this, the company staffs always work and devote according to the values ​​that we have summarized after more than 10 years of development. They are: Integrity – Prestige – Responsibility – Creativity – Trust. These values ​​will always be remembered by Hao Phuong staff and applied in future journeys.

We are really proud of what we have achieved.

Move up from the smallest resources, constantly endeavoring every day. That’s how Hao Phuong did to achieve these today achievements. More than 5,000 m2 of factories and offices, over 250 employees and many branches in Cambodia, Japan as well as representative offices in Hanoi. That can be seen as the achievements that we have achieved after 14 years of non-stop trying. 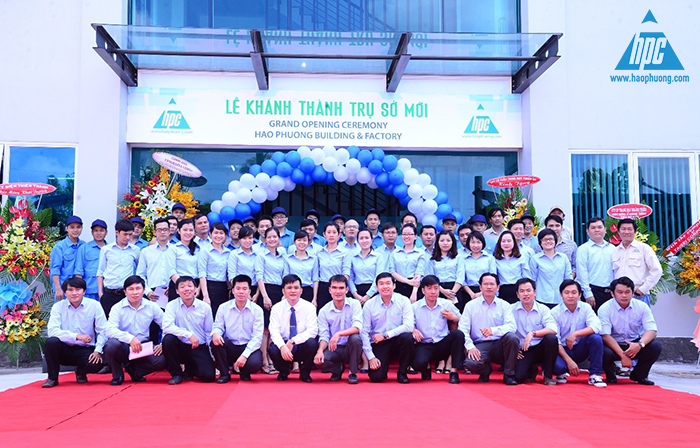 The opening ceremony of the new office of Hao Phuong on July 19, 2016

During the operation, Hao Phuong has been always aware of social responsibility, contributing to the community. Social activities, charitable activities, infrastructure construction for the region and the locality, where the company is operating are taking place regularly. In addition, Hao Phuong always consciously builds the environment inside and outside the company, so that the company can become a place worth living. At the same time, it is also the place where all employees feel joy and happiness in their work.

The road ahead is still a lot of challenges

Standing still and satisfied with what was achieved has not been Hao Phuong’s demeanor during the past 14 years. In the future, we still have many goals to implement. The next step is the next 5 years. In addition to increasing five times the current revenue level, we are trying to successfully build an automated warehouse system. 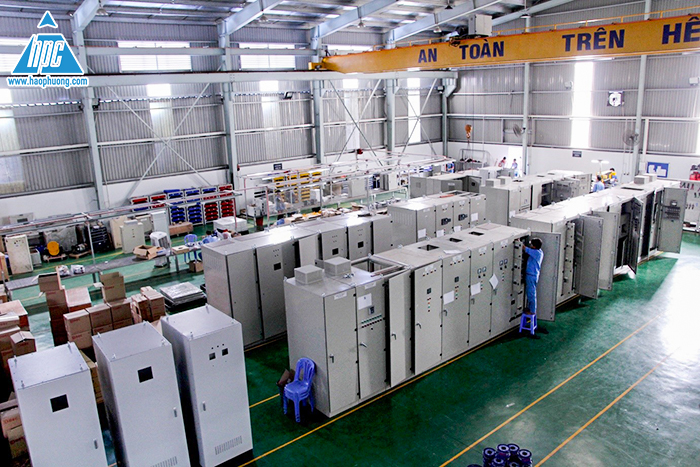 Hao Phuong’s factory upgrade plan is also being implemented with a total area of ​​10,000 m2 to produce electrical cabinets, automation systems, robots … In August 2018, we decided to equitize Hao Phuong. This is an important decision, an opportunity to share the achievements of the company at the present as well as the future for the staff who have been with Hao Phuong since the early days.

From the achievements, I believe that Hao Phuong will grow even more. At the same time, the company will continue to bring more value to the economy and value for the community. All for a sustainable and prosperous future.