On the evening of August 10, the Organizing Committee of the 2019 Annual Sports Festival held the closing ceremony of the Sports Festival at Phuong Nam restaurant. The ceremony held a good impression on the attendees.

Opening of the closing ceremony is the speech of Mr. Nguyen Tat Duong – Chairman of Hao Phuong Company.

After the MC stabilized the seat, the organizers gave a video clip to summarize the 4 days of the Sports Festival. After this clip, Mr. Nguyen Tat Duong was invited to the stage to speak. He is very pleased that the organizers have been working very seriously for the Sports to succeed. Through the period of Hoi Thao, Mr. Duong also hoped that the solidarity of the members was increasingly improved. Thus, the work efficiency will be increasingly enhanced, the company will grow more and more. 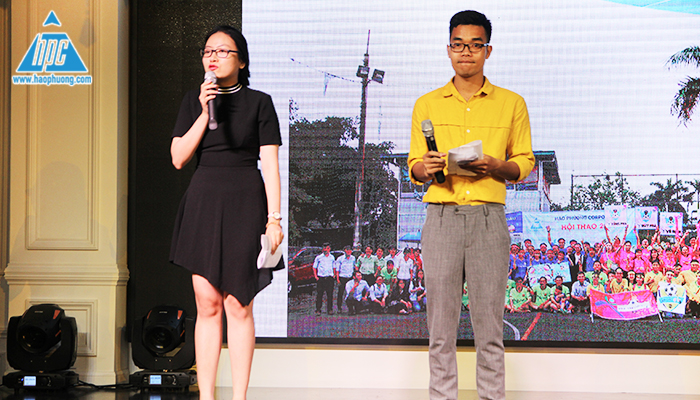 MC settled the seat and declared the reason for the party 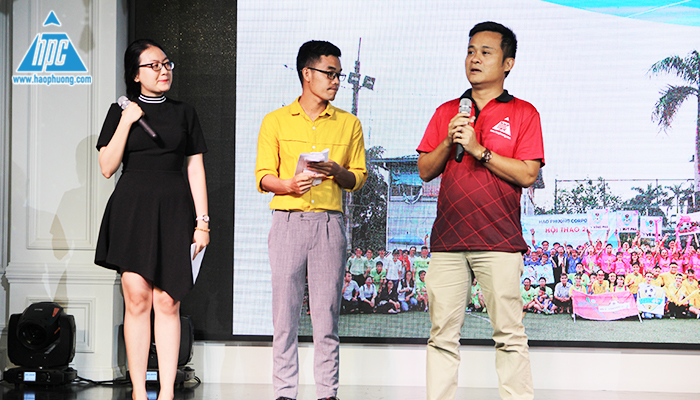 Mr. Nguyen Tat Duong – Chairman of the Board of Directors gave a speech summarizing the 2019 Hao Phuong Sports Festival.

After Mr. Duong’s speech, the awards are in turn awarded to individuals and collectives that achieve achievements in the Sports Festival. The first is the awarding section for the top scorer and the person who predicts the right scorer in this year. With an outstanding performance of 6 goals, Doan Van Doi has won this title. Simultaneously with the correct guess of the scorer, Ms. Nguyen Thi Nhat Thanh was also awarded by the organizers. 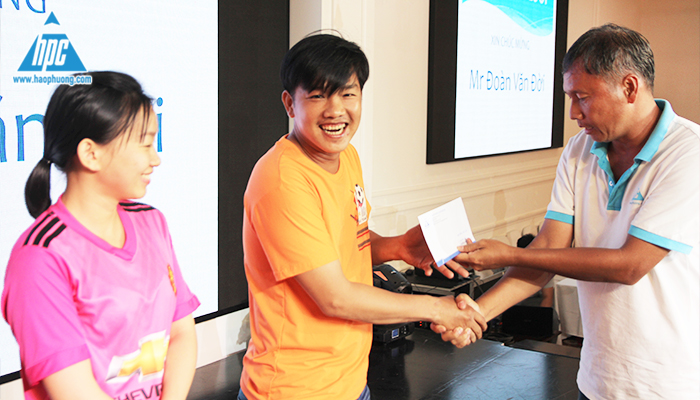 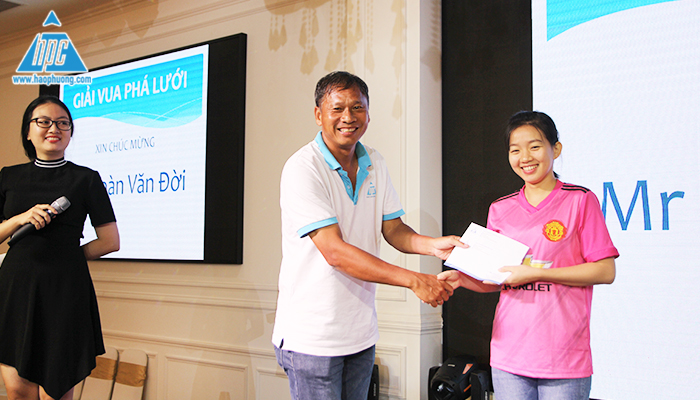 Ms. Nguyen Thi Nhat Thanh received the prize for the correct prediction of the top scorer

The most anticipated award at the closing ceremony was the award of the teams. This year team 4 won 2 awards. That is the style and encouragement prize of Sports Festival. 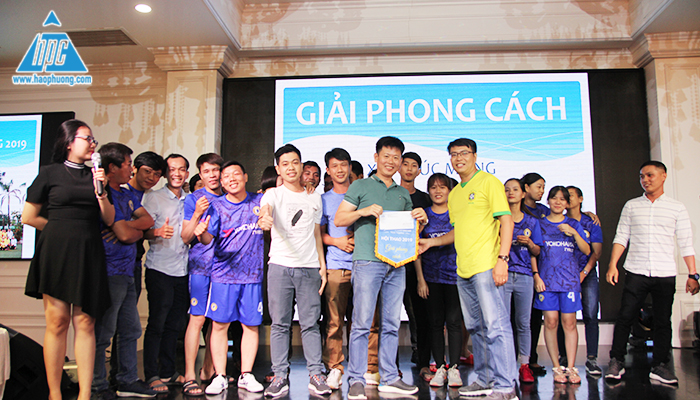 Team 4 received the style and encouragement prize of Sports Festival 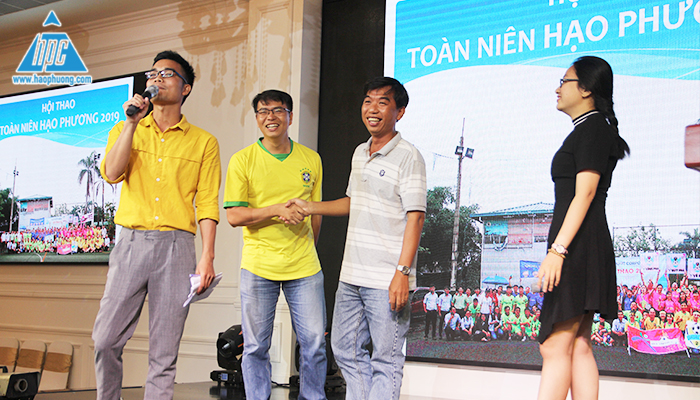 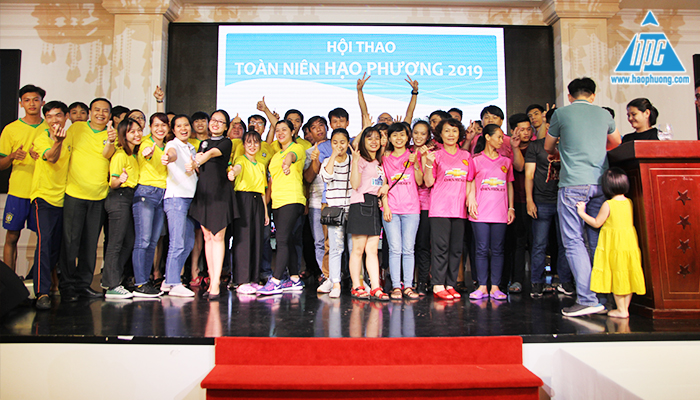 Finally, the first prize in the Sports Festival. This top prize, of course, belongs to Team 1. The atmosphere of the party burst into disarray as the whole team accepted the award. The happiness and joy showed clearly on the faces of team 1’s members. 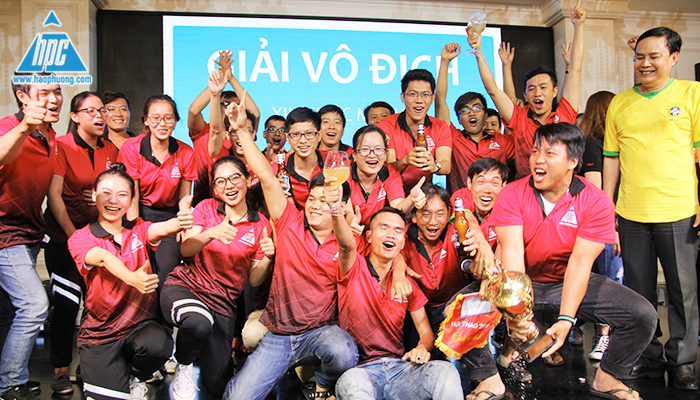 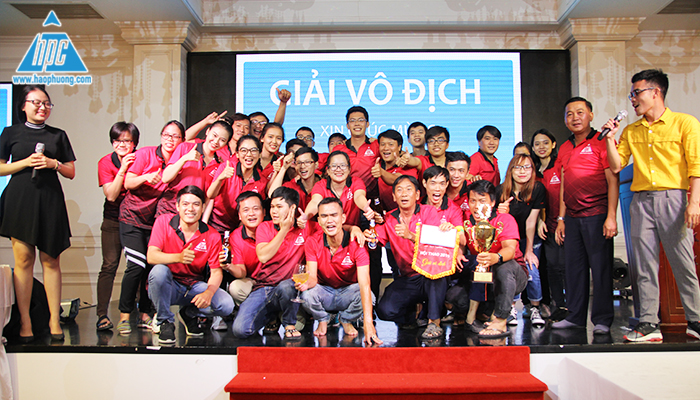 Alternating with the awards section is a very special repertoire. Mr. Thanh – Production Manager of the company was celebrated a birthday by his colleagues. Birthday takes place in the air full of joy. This action of yours once again showed the spirit of solidarity of Hao Phuong’s collective. Solidarity is not only expressed in work. Besides, there are also in close colleagues’ relationships. 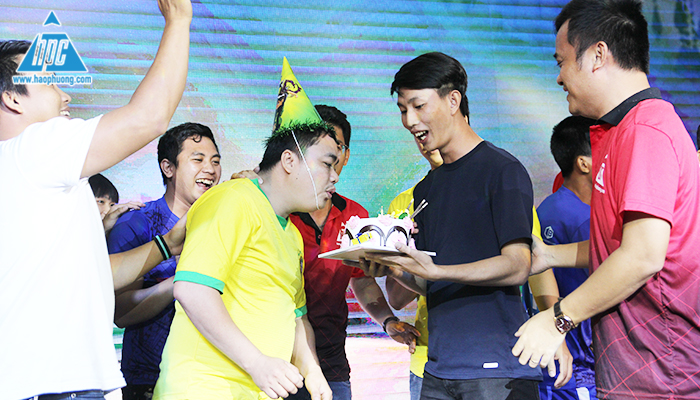 Mr. Thanh welcomes his birthday at the closing ceremony of the Sports Festival

Some impressive photos at the Closing Ceremony this year 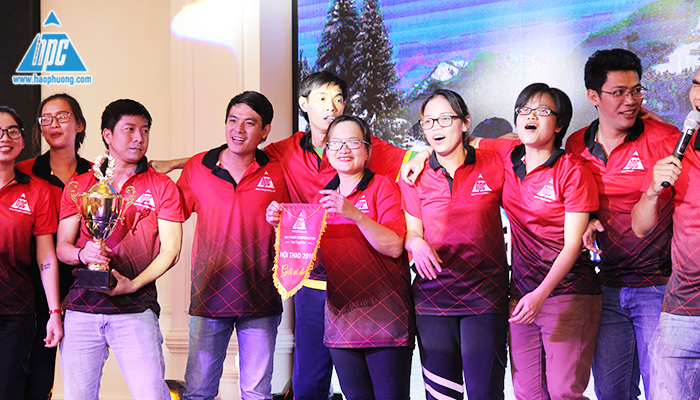 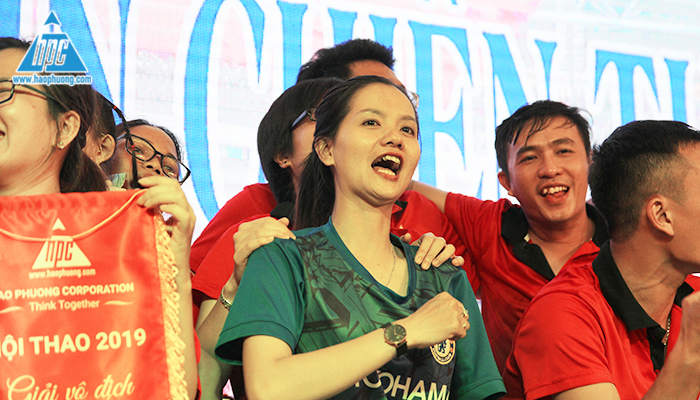 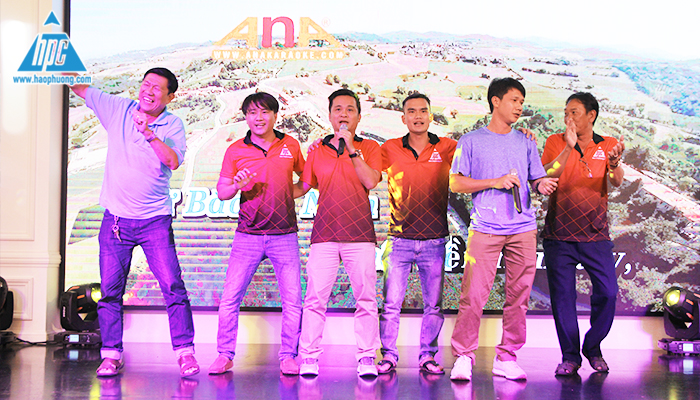 The cultural atmosphere filled the auditorium 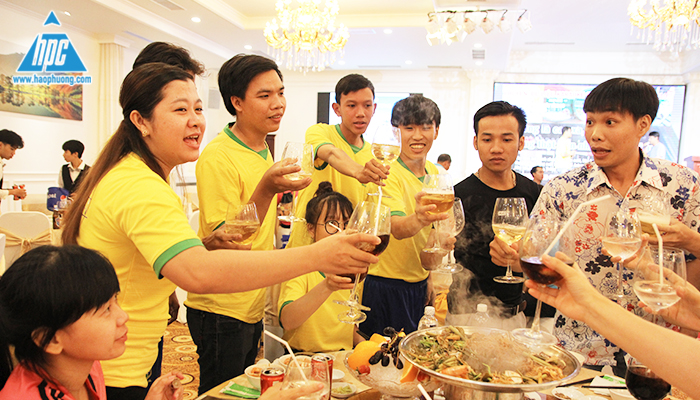 The closing ceremony was officially closed. There were many beautiful goals, many impressive images were recorded. Hopefully, next year and many years later, Hao Phuong will still organize many meaningful activities, contributing to improving the solidarity of the members. Thank you, everyone, for accompanying us during this memorable event. See you at the 2020 Hao Phuong Annual Sports Festival!