Unexpected, dramatic – is the feeling that the matches in the 4th round of Hao Phuong football tournament expansion 2017 bring to the audience. Let’s go through the highlights of the last round 4

Winning all 3 matches, Blue entered the game with a very relaxed spirit. In the meantime, the White team has just experienced a defeat when they were reversed to a 1-2 line in the previous round. 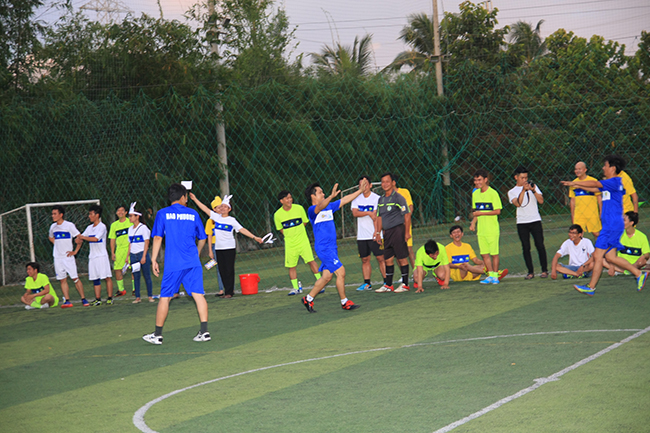 Attack right from the beginning is the way the two teams show up today. The ball is constantly moving across the goal between the two teams, but it all stops at the level of opportunity. 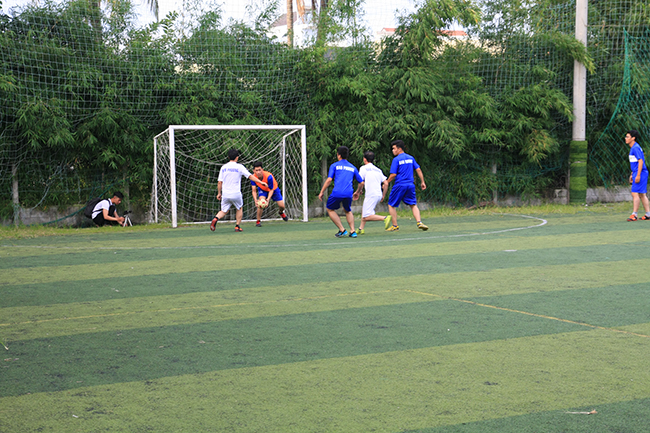 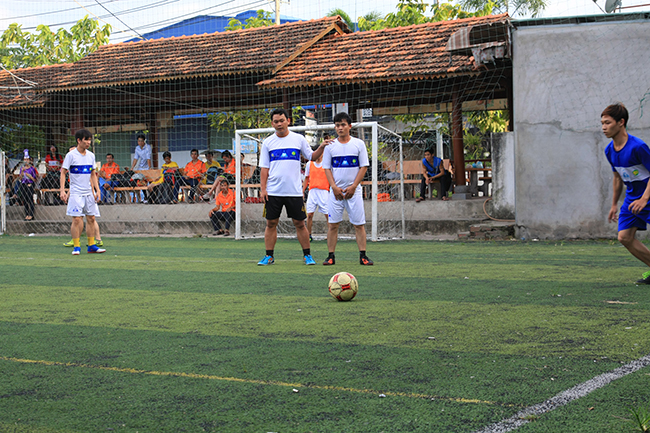 In a game that could not cause many dangerous situations, the White team suddenly had a lucky opening score. The ball reached Mr. Foot’s feet after a messy situation before the goal and he did not miss the chance to unlock the deadlock and that was also the result of the first half. 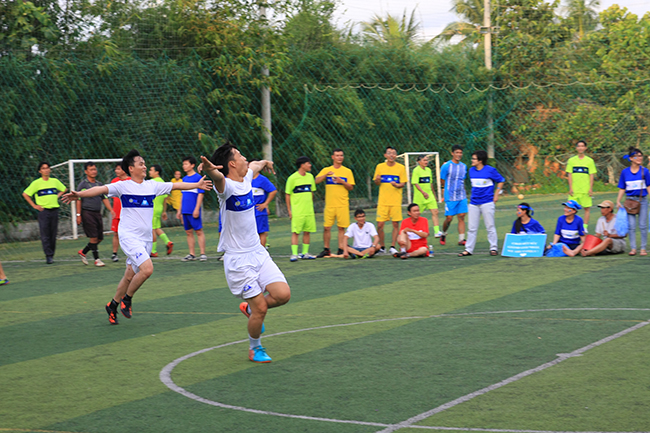 The second half, Blue controlled the ball a lot and there were continuous shots and dangerous situations towards the White team. 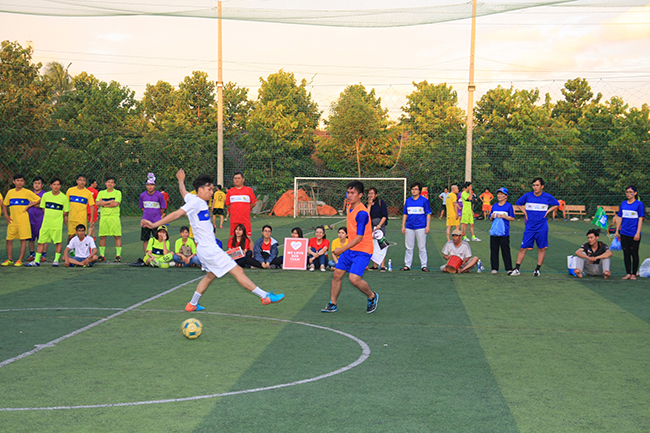 With the White team, counter-attack is the way they use to deal with Blue play and they succeeded when it was easy to score an empty net after a quick counterattack. 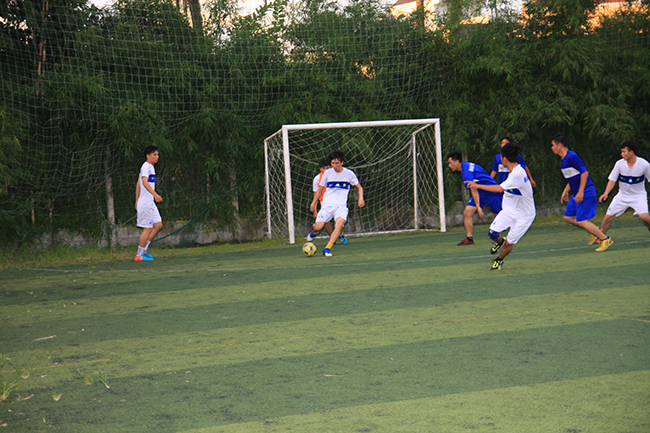 Blue attacked stronger after the goal, the sharp coordination caused the White team players to keep up … and in a case of a combination, the Blue also got a shortened goal ratio 1-2. 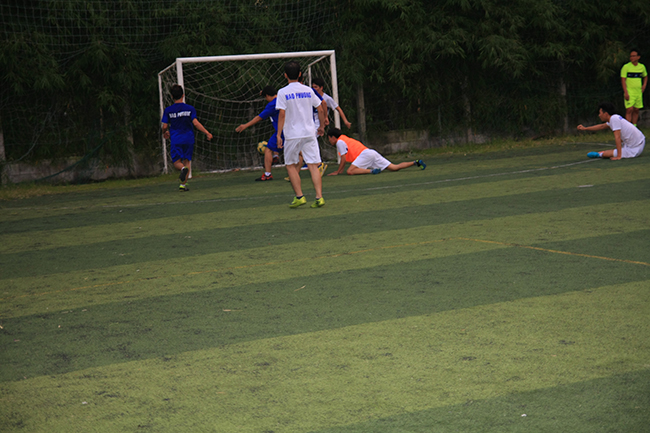 Later efforts could not help Blue get good results, and leave the field with the first failure. On the other side of the battle line, the white team is happy to have the victory to continue the race to the championship. 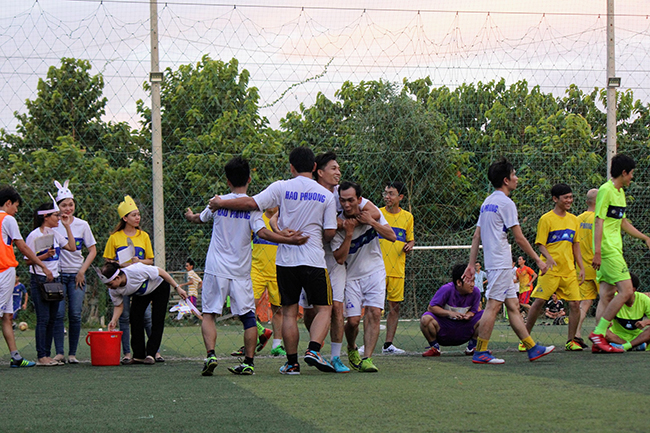 Although it was late in adding manpower, it helped the purple team “Makeover” in the match in this fourth round. With the ability to hold the ball and regulate well, the newly added player quickly adapted to the play of the Purple team. 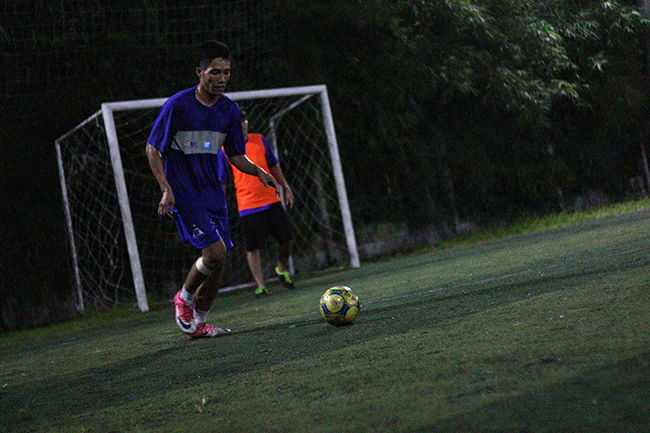 In the first half, Purple was the team that controlled the ball more and continuously had beautiful situations, but it was equally effective. The result of the main release is the two goals that lead against Luminous Green at the end of the first half. 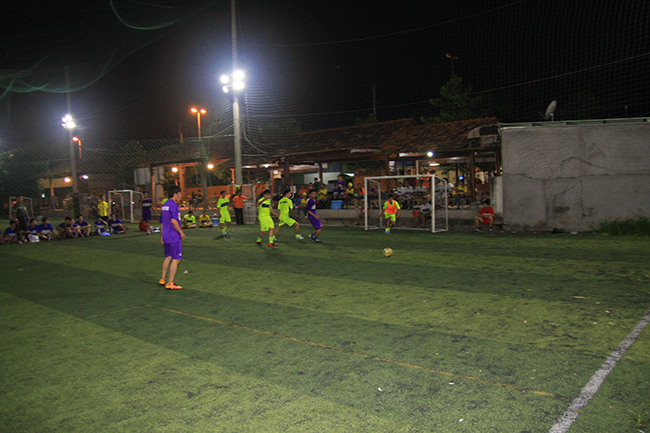 Entering the second half, Luminous Green played better and had a chance to score the score to 2-1. 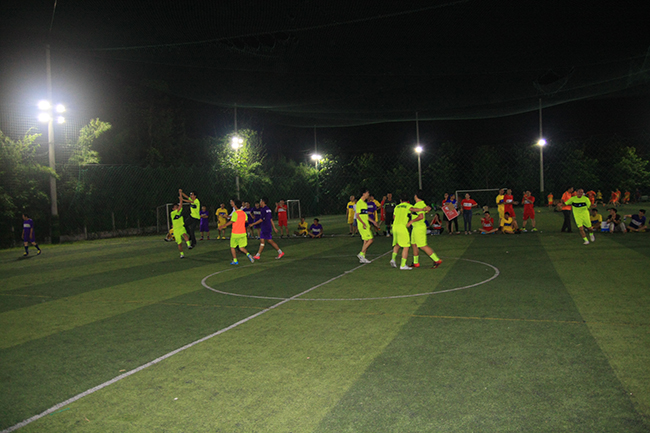 The cheer of the cheerleaders Luminous Green didn’t last long when just a few minutes later, the Purple team once again re-established the difference of 2 tables. This result caused many surprises for fans when before that, the Green glow was appreciated. 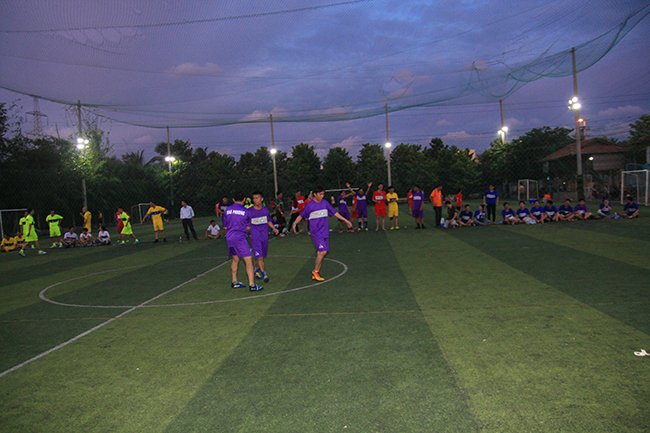 The score is 3-1 like touching “narcissism” of Luminous Green. They started to play firmly, concentrate more and make the most of the opportunities available, this play has helped them to have an upstream victory in the previous round. 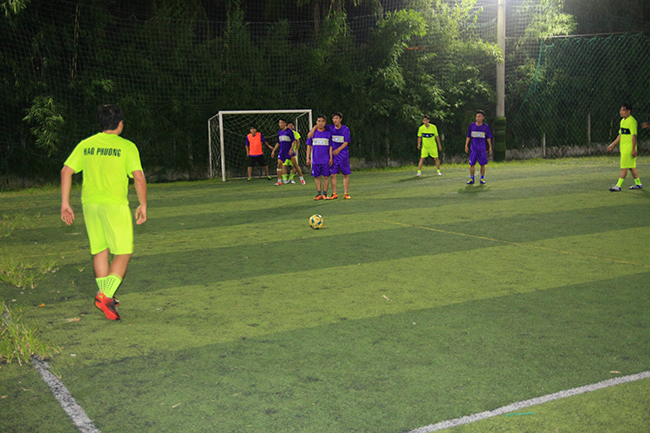 Once again, Luminous Green’s approach worked, they raised the score to 2-3 from a ball lead phase, scoring the goal keeper’s surprise part of Luminous Green and quickly equalizing the score into 3. -3. 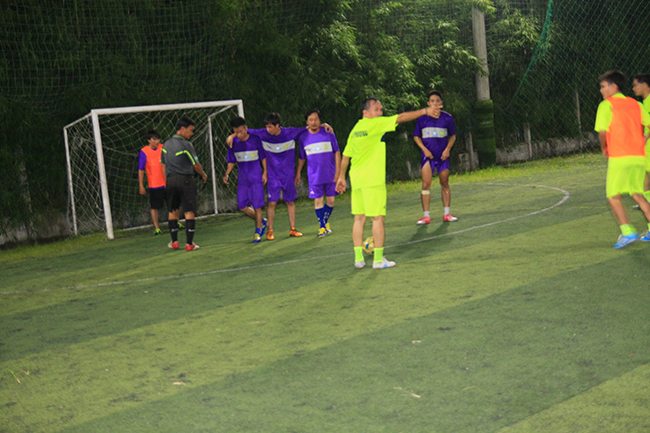 The two teams then played very hard, but no more goals were scored. They left the field with a draw of 3-3 and applause from fans who followed the start of the match. 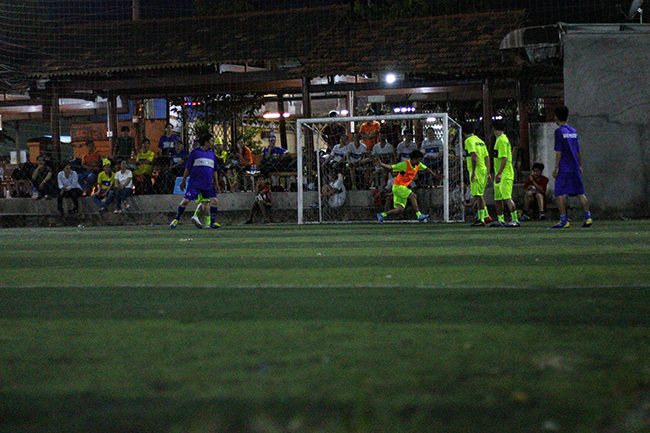 The Yellow Team is the kicker in the first half and they are also the ones who opened the score first. After the assists of teammates, Mr. Son easily shot the ball into the Red Team’s net – also a newly added player from Hanoi’s Hao Phuong Office. 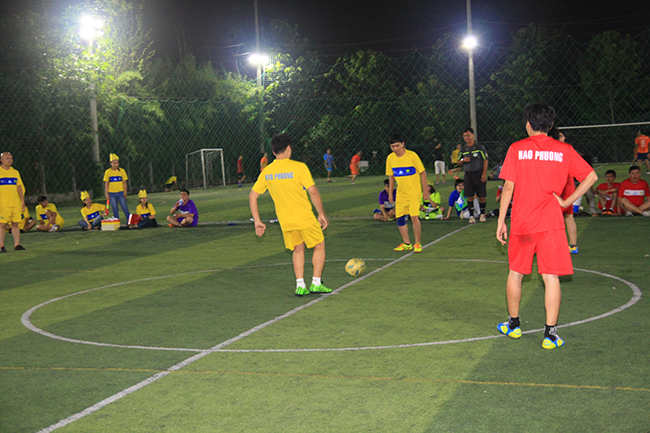 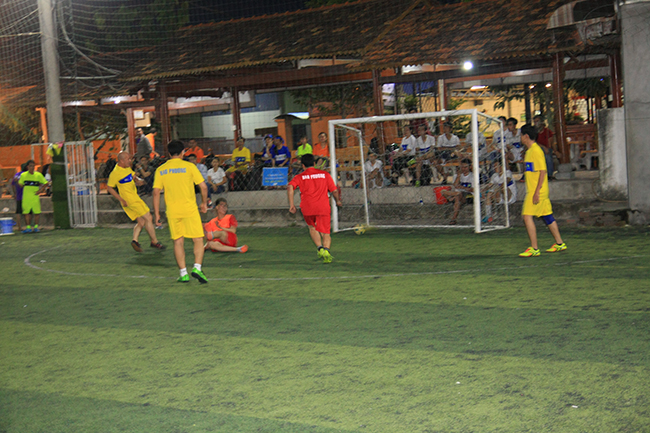 Shortly after the table ball, the Red team also scored a 1 – 1 equalizer from a simple kick near the goal. The latest match in the 4th round of Hao Phuong football tournament was expanded, thus receiving the same attention as the previous matches. 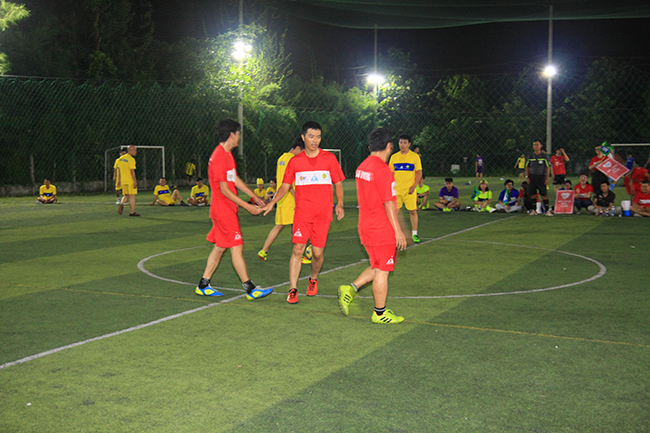 Since Blue has just failed before, the Yellow team needs a victory to keep up with the leading team. Meanwhile, the desire for home fans to enjoy the joy of winning the Red team so play very determined to achieve the best results. 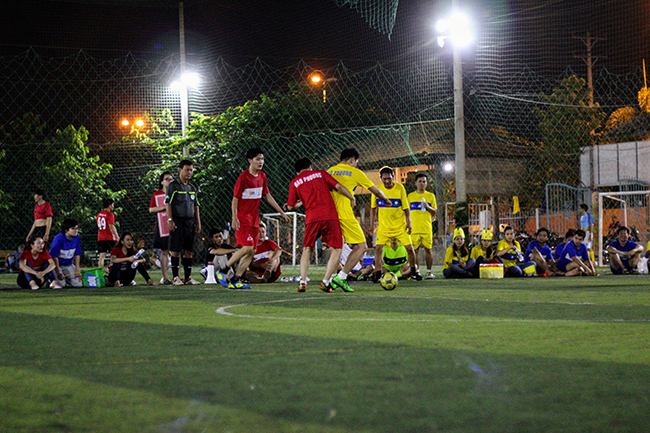 Before the end of the first half, the Yellow Team once again took the lead after facing the Yellow team’s goalkeeper. The two teams entered the break with a 2-1 score in favor of the Yellow team. 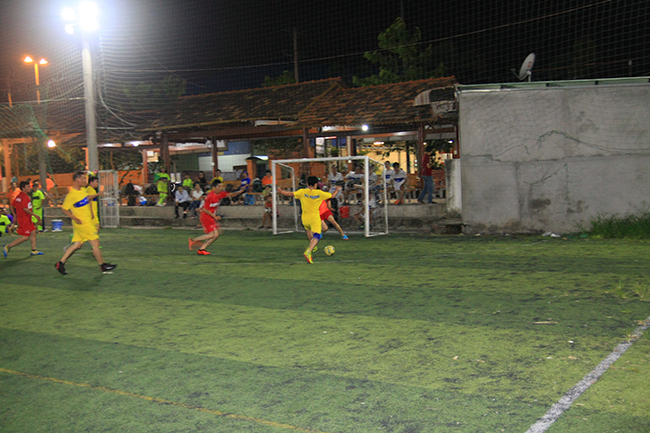 The half-time break has added spirit and physical strength so that Red team players become stronger. They organized the attack and pressed the field right from the beginning of the second half. The result gave them a 2-2 equalizer to give fans a lot of excitement. 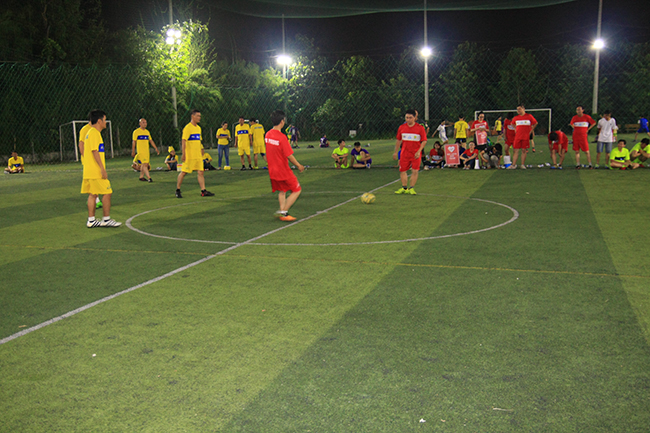 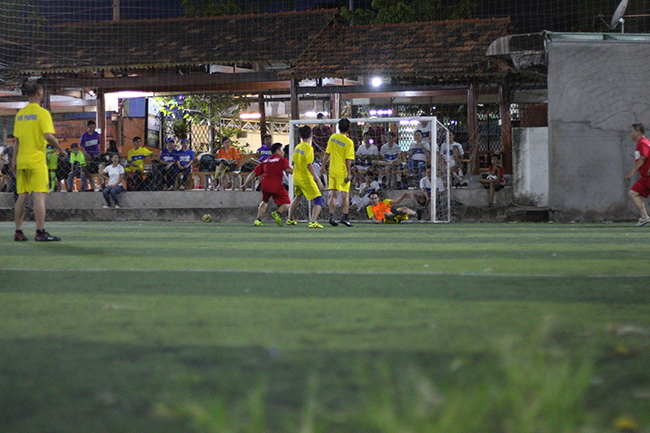 After 2 times, overtaking and then being equalized again. The yellow team is awakening and playing much better. Especially Mr. Hen – the goalkeeper of the Yellow team, he constantly has excellent saves and saves all the shots from the Red team. 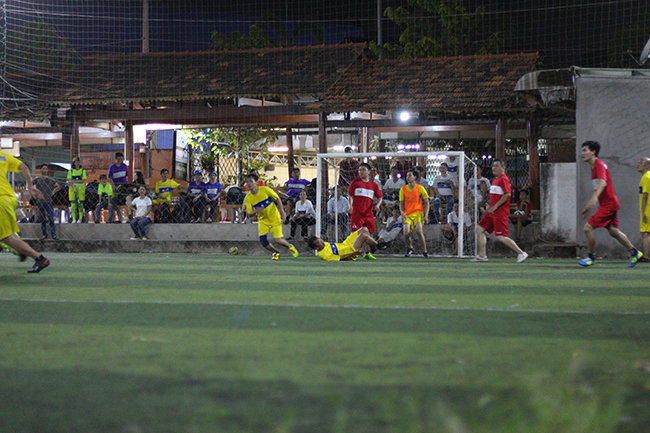 The red team was engrossed in the attack, but their efforts did not bring the table to raise the score, they were bombarded with “cold water”. Consecutively receiving two quick goals from the fast attacking situations of the Yellow team defeated the will of the opposing team. No longer capable of attacking more, the Red team accepts “losing” with the score 2-4 full of regret. 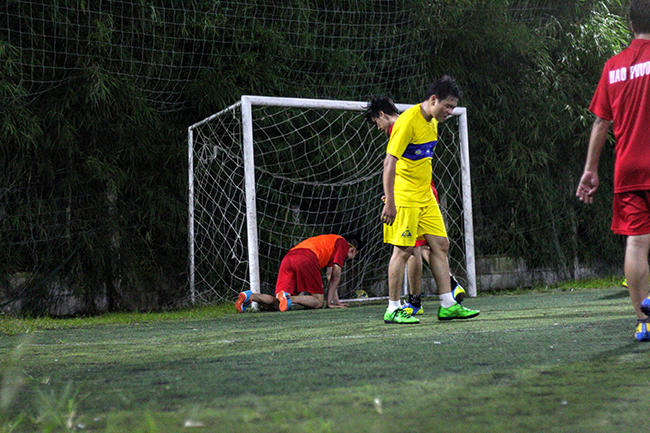 Hao Phuong Football League has passed 4/5 rounds and there are 4 teams capable of winning the championship. Blue is the team with the greatest ability but still needs a victory to ensure the number one position. Meanwhile, Yellow, Luminous Green and White need a special victory and expect their opponents to stumble.

Which team will be the team to improve the championship trophy in the final round which takes place at 15:00 on August 5? Always follow and accompany the 2017 Phuong Phuong football tournament.