Home HPC news HPC Entertainments Highlights in the 3rd round of the 2017 Hao Phuong football tournament. Hao Phuong Football League 2017 has reached halfway. Let’s review the highlights through 3 matches in the 3rd round.

Opening for the 3rd round is the match between Team 3 (Red) and Team 5 (Blue). 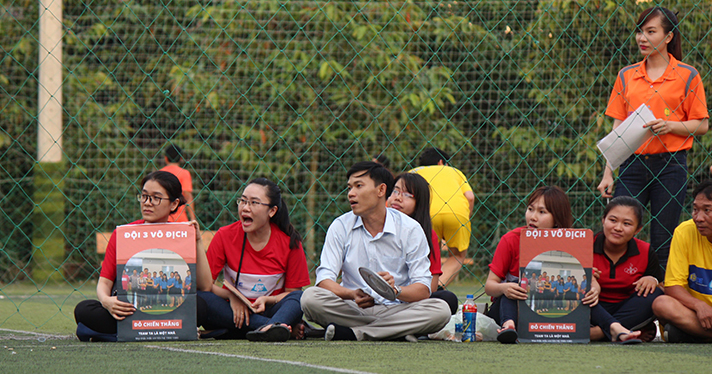 Red team fans used everything they could, to add spirit to the home team, the pot lid was also used to cheer the players on the pitch. 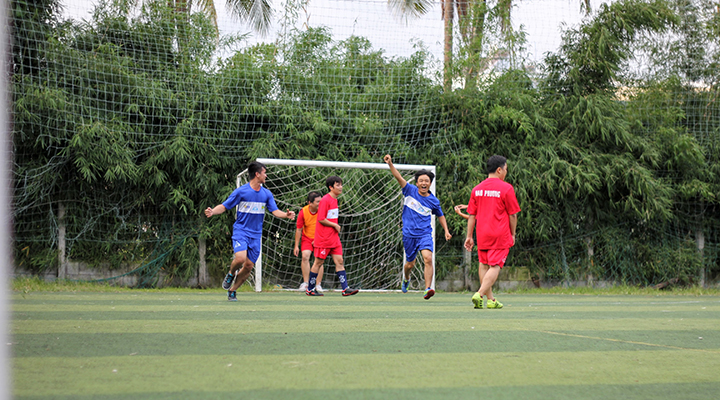 The match was exciting from the first minute when “Blue” soon had goals to clear the deadlock.

With determination to seek the first victory to not disappoint the home fans. The red team rushed to attack and quickly got the equalizer to bring the match to the starting line. 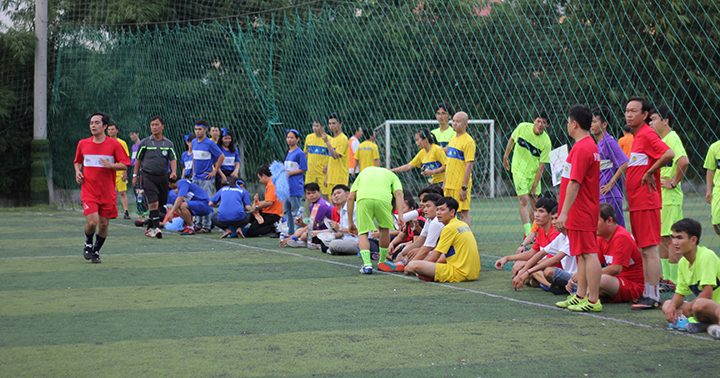 After the equalizer, the match became dramatic and attracted a lot of follow-up from fans and players of the opposing team. However, no goal was added in the first half, the two teams left the field with a 1-1 draw. 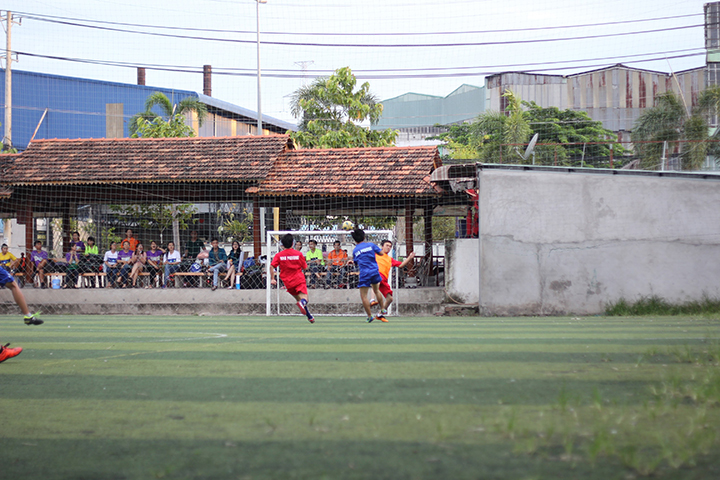 Entering the second half, “Blue” once again took the lead after a mistake from the Red team’s defensive system. 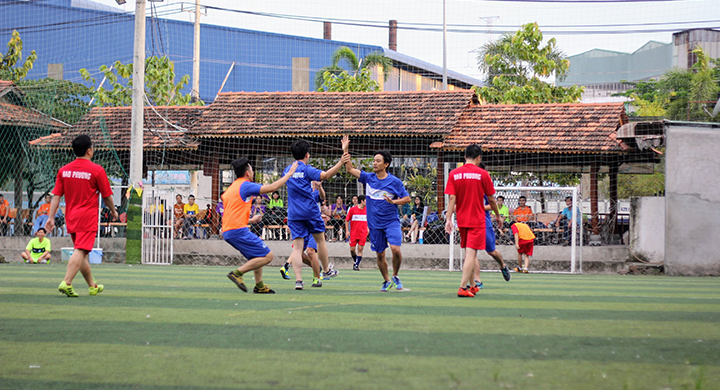 The goal that “Blue” scored as knocked down the will of the Red team; Previously, the Red team tried very hard with sharp coordination with 1 time to touch the crossbar of the Blue team. 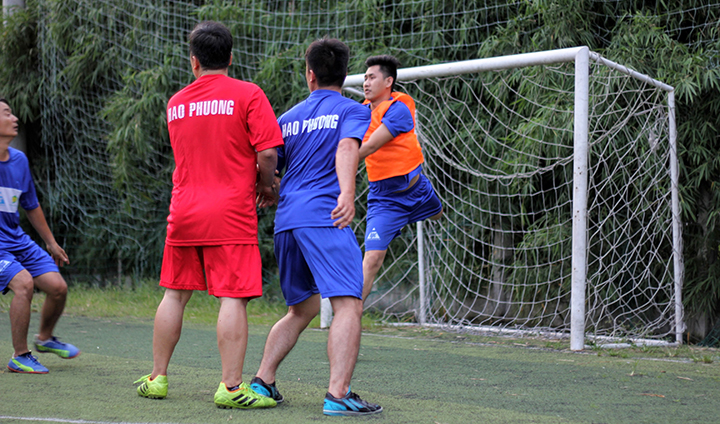 In an excellent “flying” day of the opponent team keeper. The red team failed to score more goals and left the field to accept defeat 2-1. 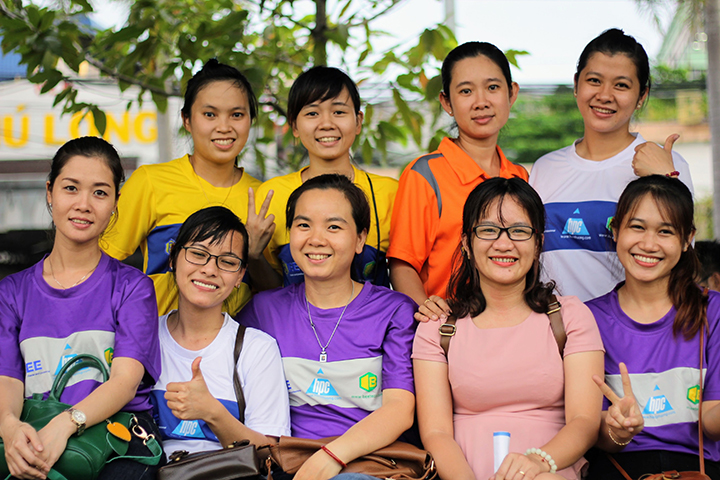 The beautiful matches and beautiful fans are indispensable in the Hao Phuong football tournament in 2017. 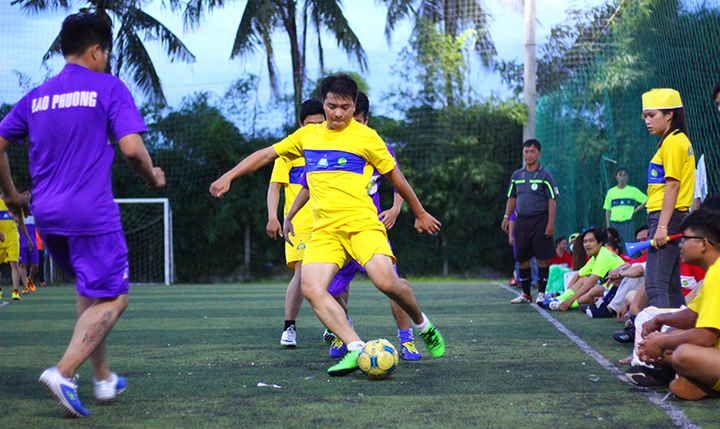 The second match is the match between Team 1 (Yellow) and Team 4 (Purple). Mr. Tan (keeping the ball) the most outstanding player on the Yellow team. 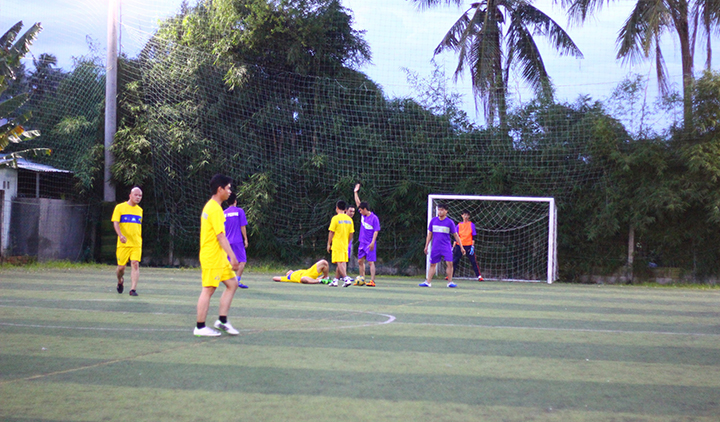 The match was “hot” right from the beginning when there were many dribbling phases and opposing situations of the two teams. 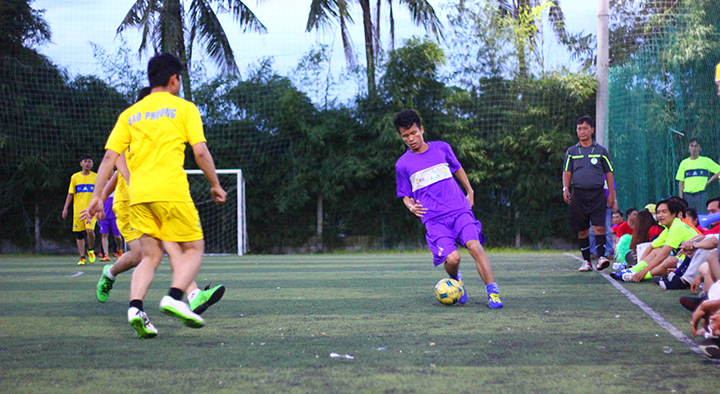 On the other side of the battle line – Mr. Nam “Messi” is always a player who receives much “attention” of the Yellow team… 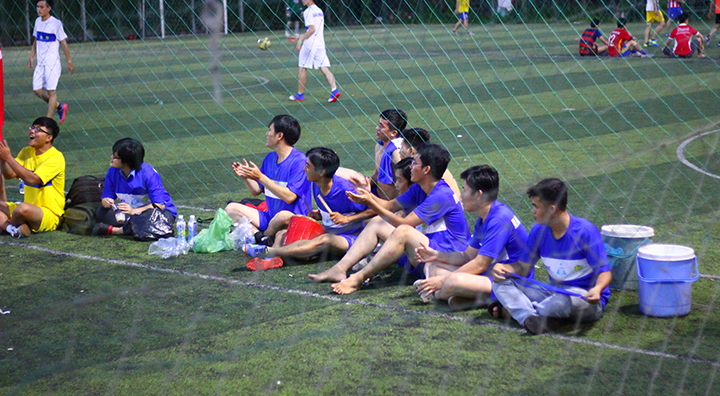 ……….and even the fans sitting outside the yard when Nam has the ball. 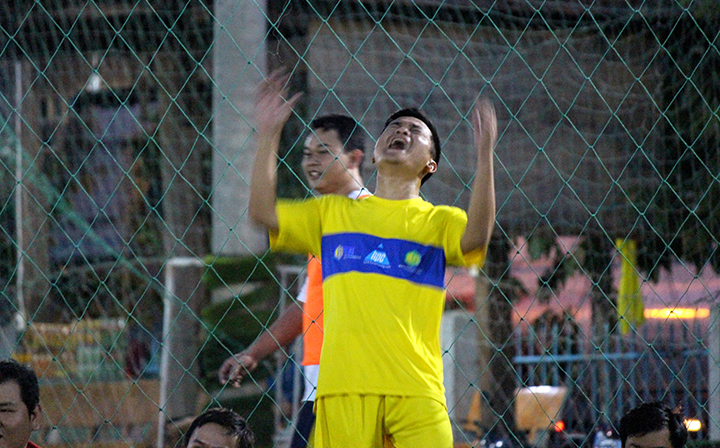 “Extremely regretful” is something that Mr.Duong showed after a situation where the team on the field missed the opportunity to score. The regret of the captain of the yellow team did not last long, because only a few minutes later, the referee blew the whistle to end the match, the final result was Yellow 3 – 2 Purple. 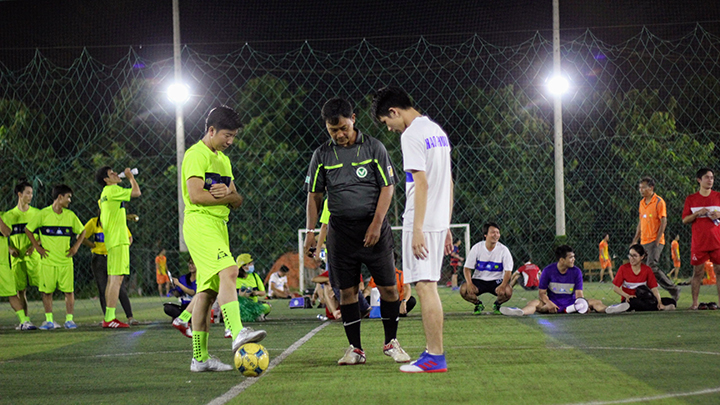 The latest round 3 match is the competition between Team 2 (Luminous Green) and Team 6 (White). The two teams are rated equally at the level of “Worthy opponents”. 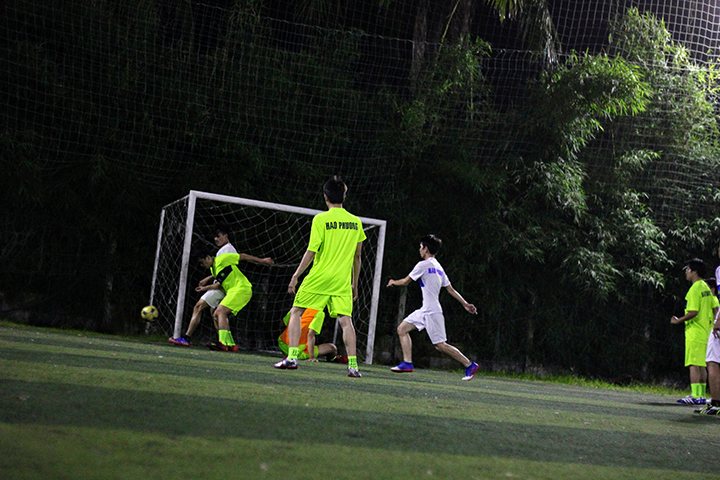 The course of the match on the pitch has shown all the qualities that the two teams possess; There are continuous situations of braking and bombarding your team in the first half. 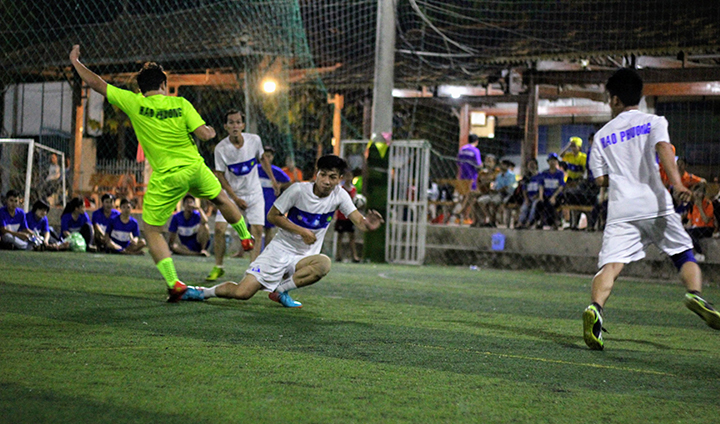 But in a day, the stars played poorly, the White team players were adversely challenged by the opponent with two consecutive goals in the second half, to finish the match with a score of 2-1. 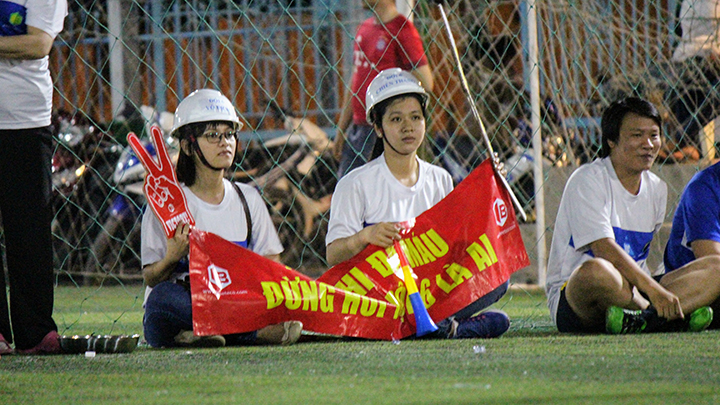 The sadness of the White fans when they saw their team lost the match. These images will certainly be the driving force for the White team players to play harder in the next round, to bring joy to the home fans.