Only a few hours left until the 2017 Hao Phuong Football League officially kicked off at Phu Long Football Field. Currently, players and fans are counting down the time.

Table of Contents Hide
1 Organizer: all preparations are completed.
2 The teams are ready to play.
3 Regularly on every Monday and Wednesday afternoon
4 All 6 teams of cheerleader promise “unique” performances
5 Poetry, images from fans constantly send to the “switchboard” of the organizers

Organizer: all preparations are completed.

So far, all preparations such as logistics, football fields … have been completed. The organizers have created conditions for the teams and fans to show their best.

Although this was the first time to in charge of the organizing of the football tournament, the organizers were not afraid of difficulties in finding football fields, choosing uniforms as well as choosing equipment. Get the best medical treatment for the players to reassure themselves on the pitch.

The teams are ready to play.

Maybe football is … the specialty of the men, so right after receiving the information of the company about organizing the 2017 football tournament, the brothers were very excited and quickly found their lost teammates. So far, 6 teams have stabilized their lineup and are rated equally at the same level because every team has excellent strikers. 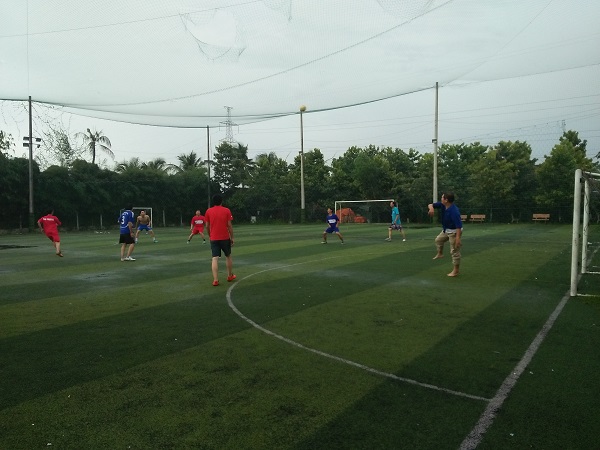 Regularly on every Monday and Wednesday afternoon

The captain called on the members of the team to go to Phu Long football field to practice. Now, the 2017 Hao Phuong football tournament is not merely a competition but also a healthy playground; it is an opportunity for everyone to play, think, work together as the slogan “Think together” that Hao Phuong has built and is continuing to develop. 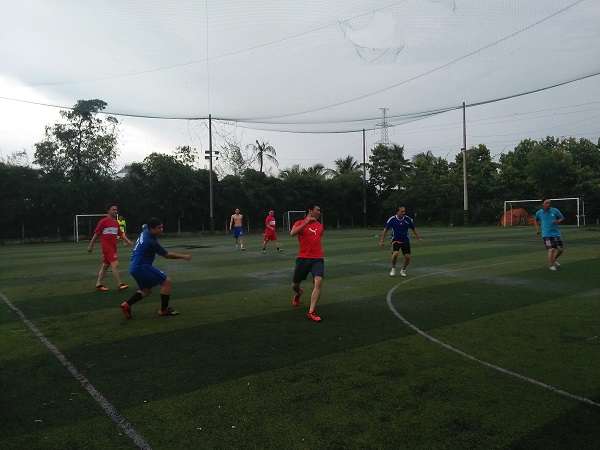 At 17:00 this afternoon, strikers will officially compete.

While the players of all 6 teams are enthusiastically training in the football field, the girls of 6 cheerleading teams are also secretly preparing unique performances to support their team. A fan “revealed”: “We can’t kick the ball but there will be many ways to” ignite ” the players in our team. Today, the cheerleaders in the cheerleading team are eager to complete the work early in the afternoon to enjoy the shouting and cheering for the team ”. In order for things to go smoothly, the captain of the cheerleading team has conducted a “caucus”; Prepare cheerleading banners and slogans with the determination to “score” in this match.

Poetry, images from fans constantly send to the “switchboard” of the organizers

The idea of ​​employees who work in the field of industrial electricity – automatically will be dry and gruff. But the members of Hao’s family had proved the opposite. The closer to the time of the first round – the Hao Phuong 2017 Open Football Tournament, appears more and more talented, all fields from poetry to cartoons, 24h news reports …

The exciting atmosphere from the enthusiastic cheers and the spirit of extremely enthusiastic competition of the players prepared carefully by the Organizing Committee promised the Hao Phuong 2017 Open Football Tournament will leave many good imprints. This is also the motivation for Hao Phuong’s leadership to constantly create useful playgrounds and meaningful programs for employees.

2017 Football Tournament: everything is ready

Hao Phuong 2017 football tournament officially kicked off on the afternoon of July 7, 2017, at Phu Long football field. The teams are ready to play and promise to create more surprises. Through this season, surely Hao Phuong will discover many outstanding strikers as well as talented fans. We will continue to send you the beautiful ball and the ball handling situations cannot be more wonderful.