After a month of kicking off with dramatic matches and exciting chasing scores. Last August 5, the final round was held to find the champion of the first season of the Hao Phuong football tournament in 2017.

Table of Contents Hide
1 There were rains before the match, but not so the spirit of the players and the fans was affected.
2 The first match is a match between the Red team and the White team.
3 The latest match of round 5
4 At the party, there are a lot of extra prizes and individuals that are given to encourage the enthusiastic participation of each player and the fans.
5 After the awarding of additional prizes and individuals.
6 In addition to the awards given to the results of the teams’ competition
7 HẠO PHƯƠNG – THINK TOGETHER.

There were rains before the match, but not so the spirit of the players and the fans was affected. 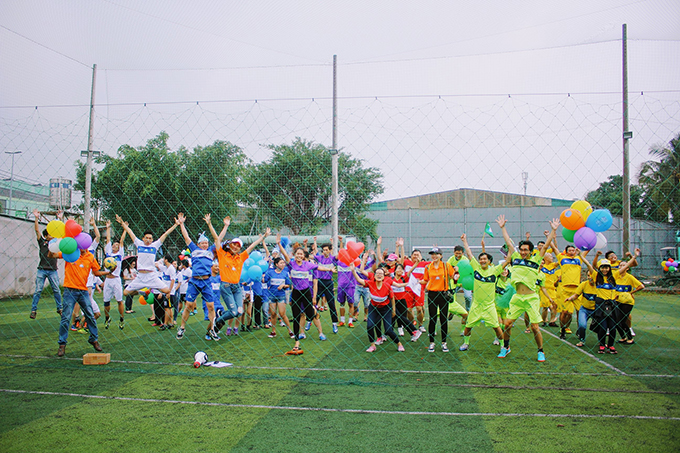 In this round, the preparation stages are more thoughtful with colorful balloons, cheerleading banners and especially flashmobs, extremely impressive folk dancing from fans. 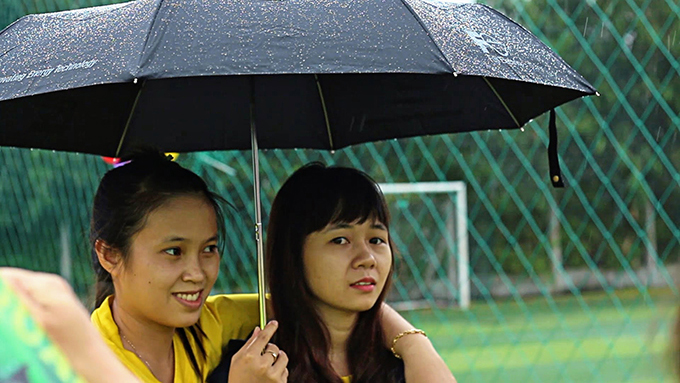 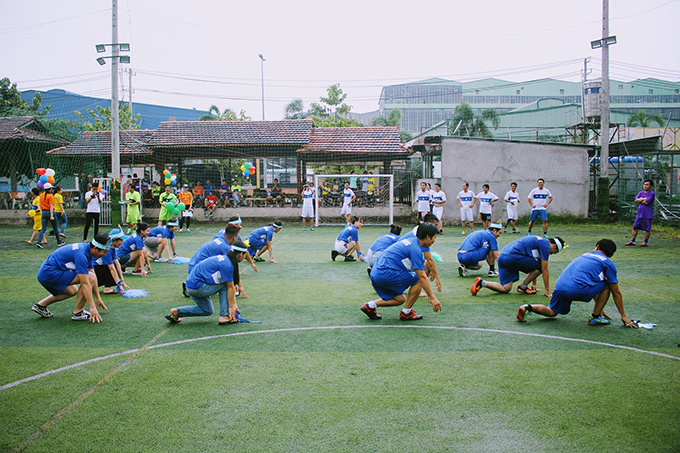 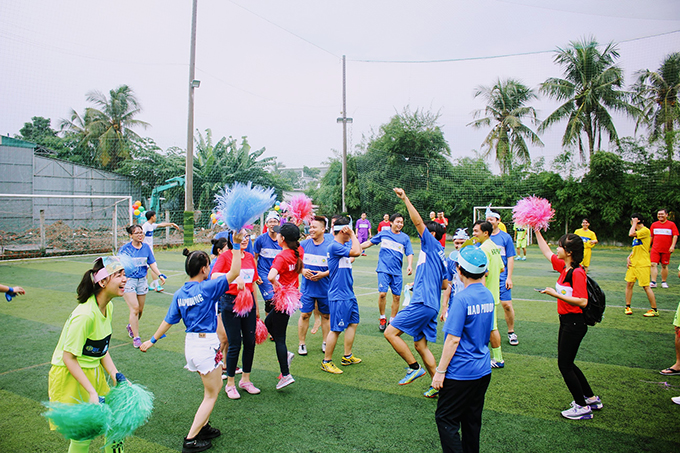 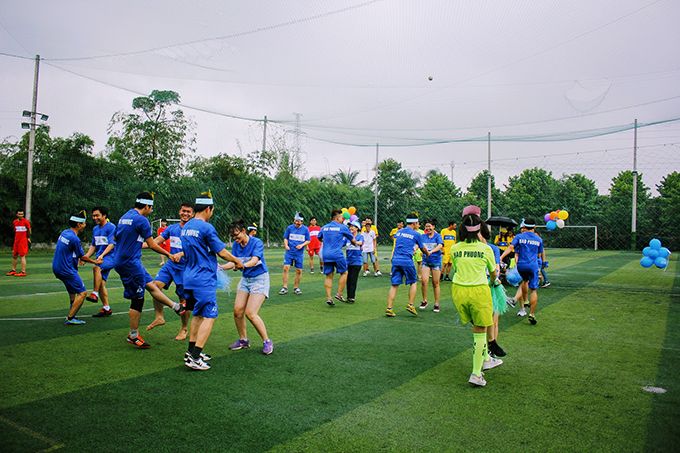 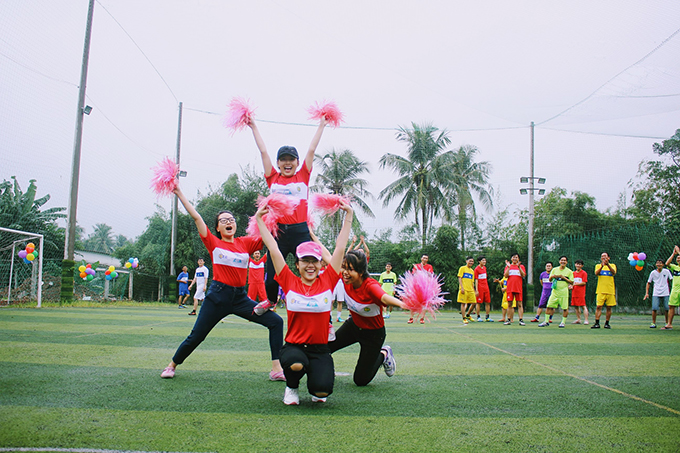 There are up to 4 teams (Yellow, Luminous Green, Blue, White) with a dispute for the championship. Therefore, the matches in the final round were extremely dramatic, dramatic and fierce.

The first match is a match between the Red team and the White team.

At the end of the match, the White Team obtained the necessary victory against the Red team despite being led by the opponent in most of the game. They leave the field hoping the Purple team will surprise the competitor of the championship – the Blue team. 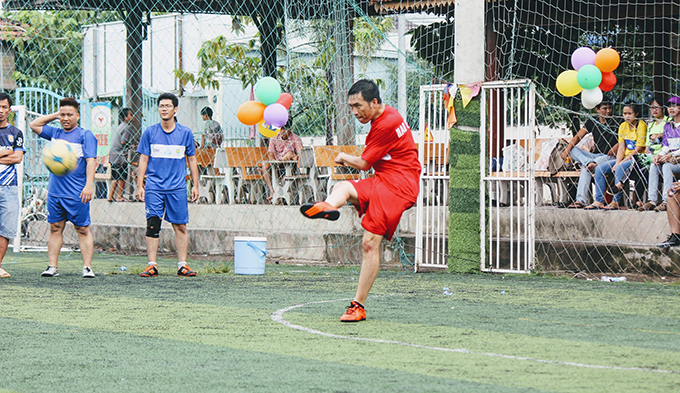 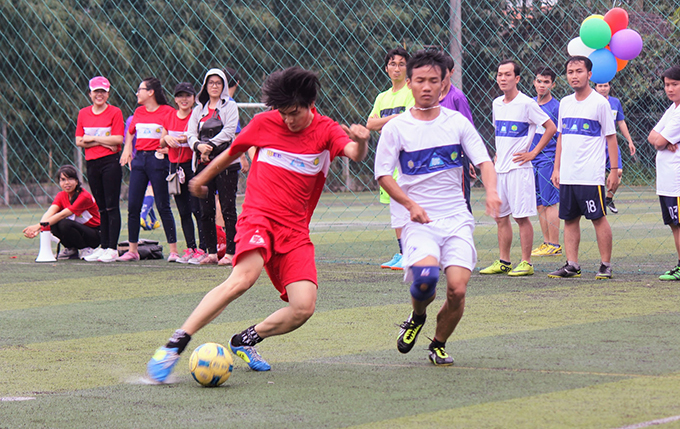 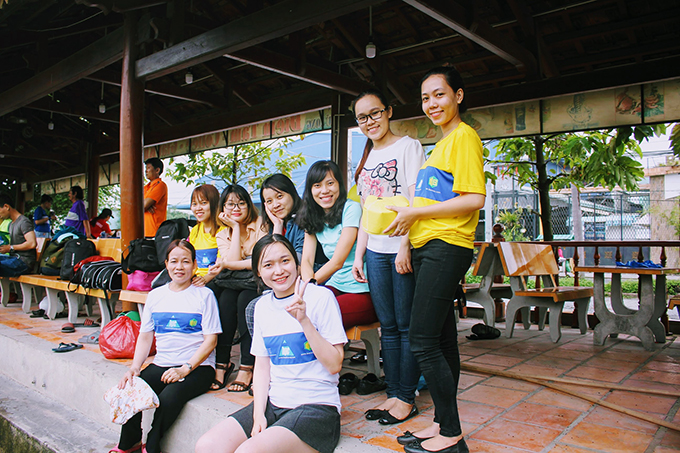 The second match is the confrontation between the Purple team and the Blue team. The White Team is temporarily rising on the rankings, therefore, Blue with the mission to win to secure the championship. However, before a Purple team played full of effort and determination. Blue must be very hard to get a victory before, they were held by the Purple team until the end of the second half. 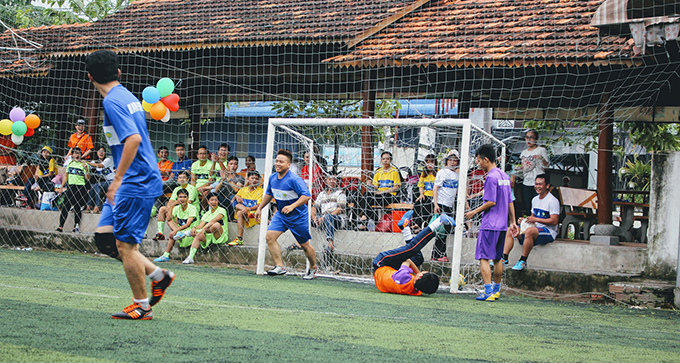 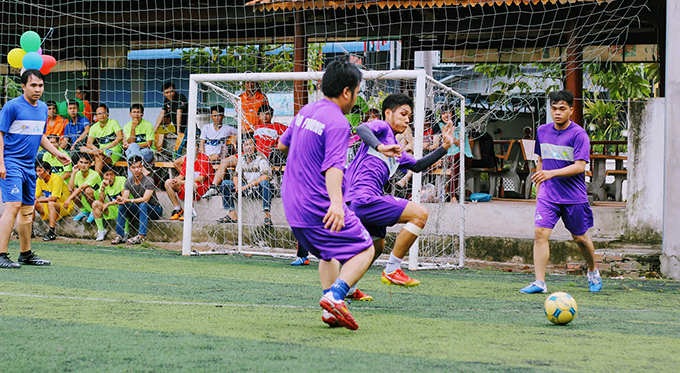 Ending the match with a score of 3-1, Blue was officially crowned with 4 victories on 5 rounds. 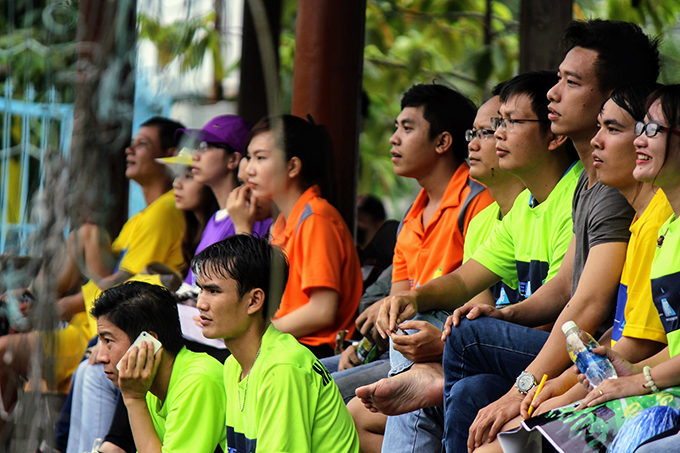 The latest match of round 5

Direct competition between the Yellow team and the Blue team. The match is a competition to determine the 3rd and 4th places, but not so lacking in its appeal. The two teams played very well to give the best results to the home fans. The continuous attack is the way the two teams have shown in this match, maybe this is the match with the most goals and also the most outstanding saves, especially the goalkeeper of the Yellow team. 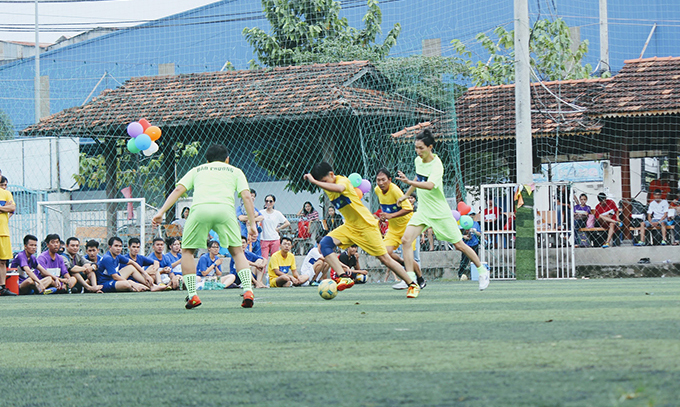 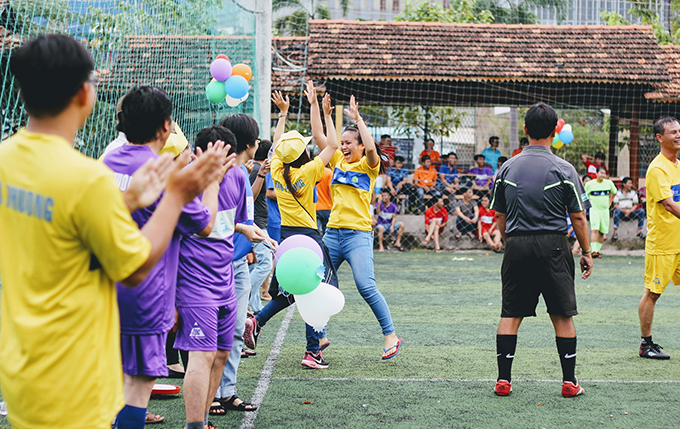 The two teams left the field with the winning side leaning towards the Yellow team and the applause from all fans present on the field. 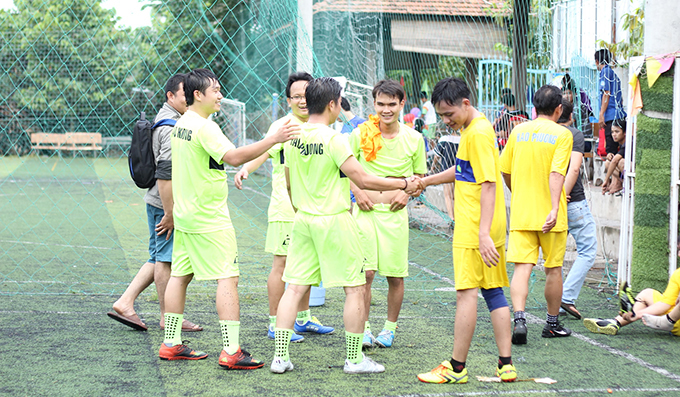 Immediately after the final match of the Hao Phuong Open Tournament 2017 ended. A party was held to celebrate the success of this year’s tournament. 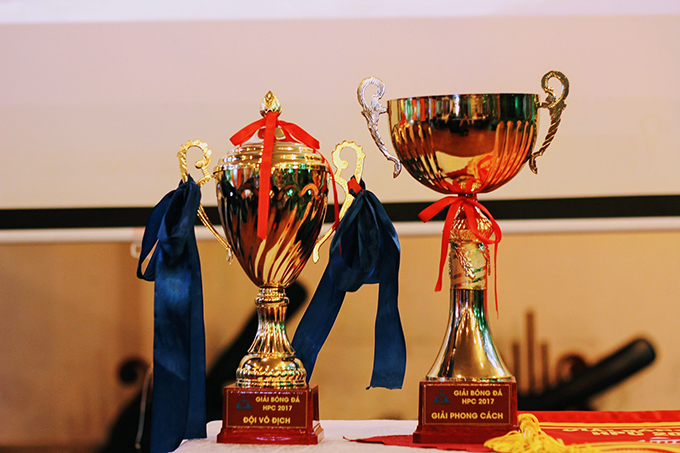 At the party, there are a lot of extra prizes and individuals that are given to encourage the enthusiastic participation of each player and the fans.

Also through this tournament, the organizers have discovered the talents and “poet” of the company, when there are many poems sent to support this tournament. 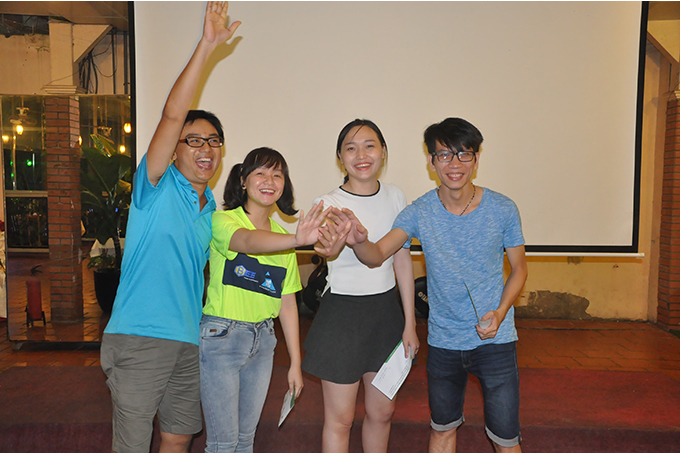 More specifically, there are two “geniuses of prediction” when accurately predicting the position of 6 teams participating in this tournament. 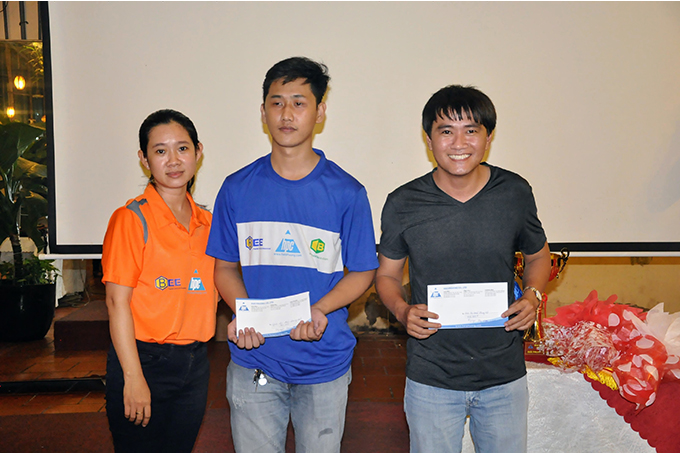 After the awarding of additional prizes and individuals.

It is time to award for the efforts and contributions of the teams and teams. 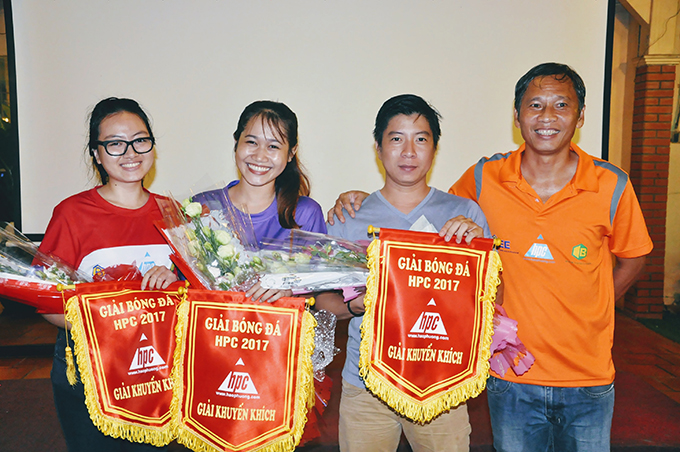 Team 1 (Yellow) – Won 3rd prize after winning the last round. 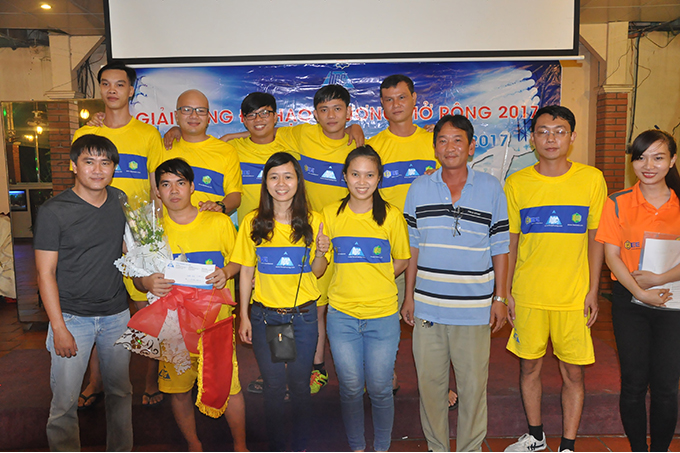 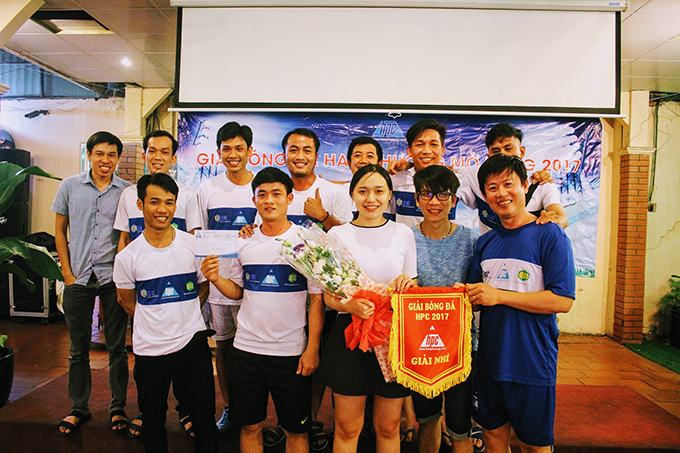 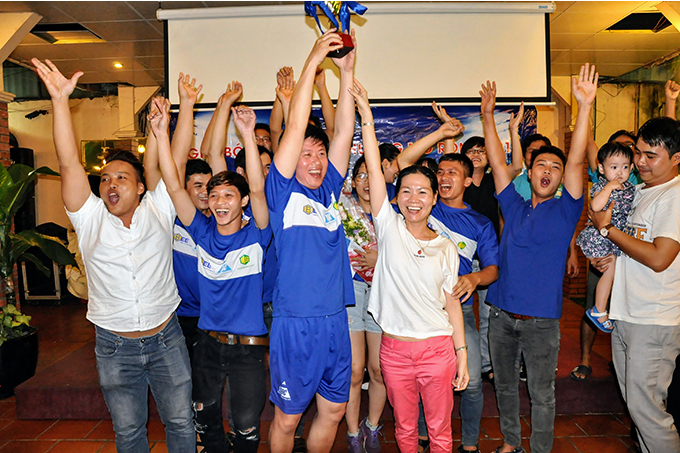 The organizers also have more STYLE awards for beautiful actions, enthusiastic cheering, exchanges between teams and the support of supporters outside the football field. It can be said that the “Style” award is the championship for fans that any team wants to own. 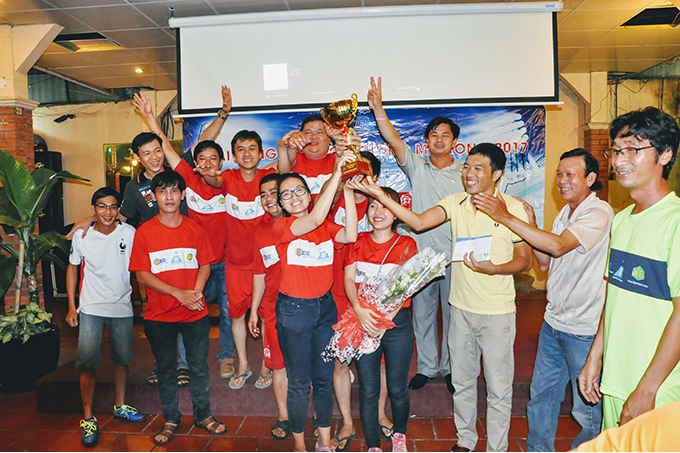 Also at the celebration party, the representative of the Hao Phuong Board of Directors shared and encouraged the brothers and sisters in the company. 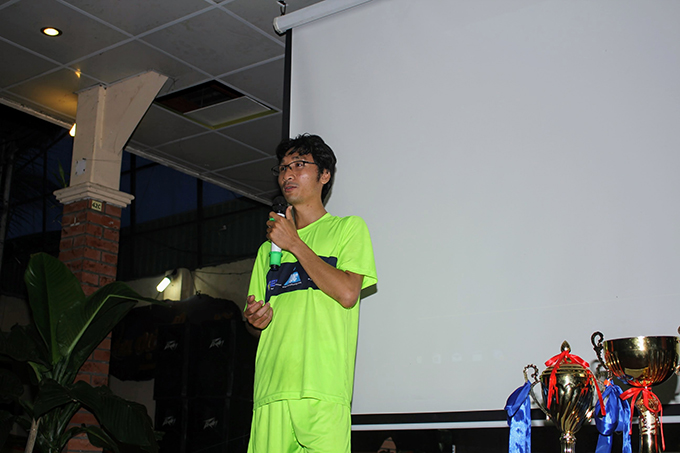 Mr. Thang represents the Board of Directors to share with all employees in the company.

The Board of Directors hopes that through this tournament, it will bring a new wind, create a healthy playground, help people to have more motivation to work, stay together for a long time, to develop and associate friendship, to think together. and work together, just like Hao Phuong’s slogan.