After being successfully organized at Binh Duong headquarters, 2019 Hao Phuong Annual Sports Festival was present at Hanoi branch on August 17.

Teams gathered from the morning

From 9 am, members of the teams began to gather at the Hòa Bình Park to prepare to start a busy Sports day. The M.C went through some key items during the  Hao Phuong Sports Festival this year. After that, the teams conduct a roll call. All four teams, in turn, chanted their slogans to show their determination to win. 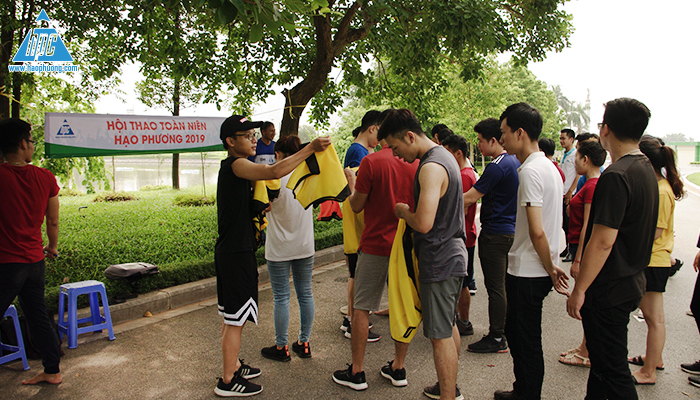 Organizing committee settled the position and distributed clothes to teams

Competitions in the annual Sports Festival of Hanoi branch

Hao Phuong annual Sports festival in Hanoi branch is almost similar to Binh Duong headquarters. After the roll call teams, the first game is the kumquat passing. Many fun and exciting moments were recorded during the process of playing this game. 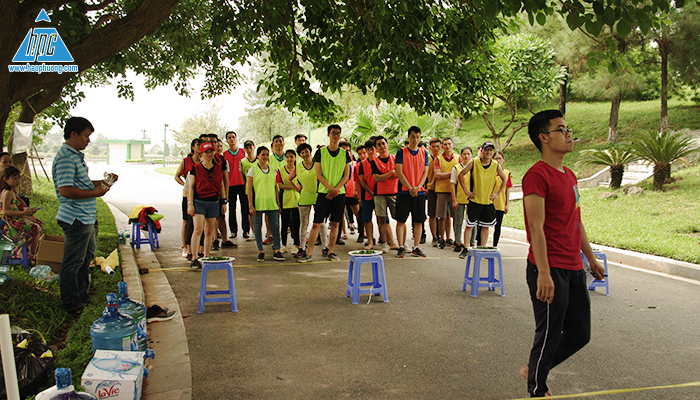 The organizers instruct the teams on how to play the game 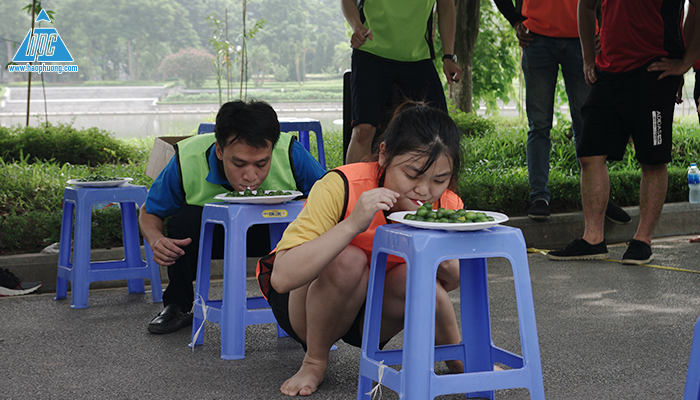 The first time, though still confused … 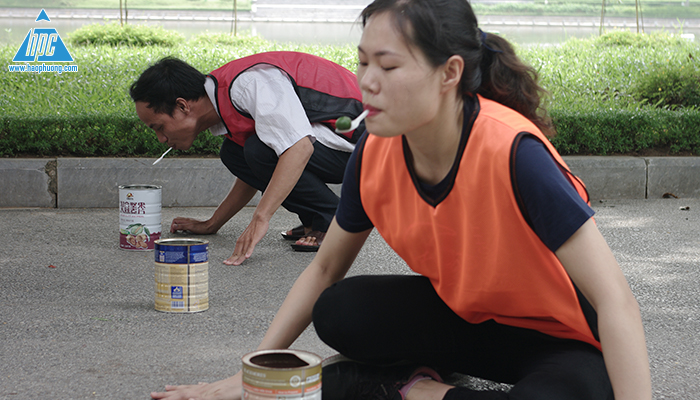 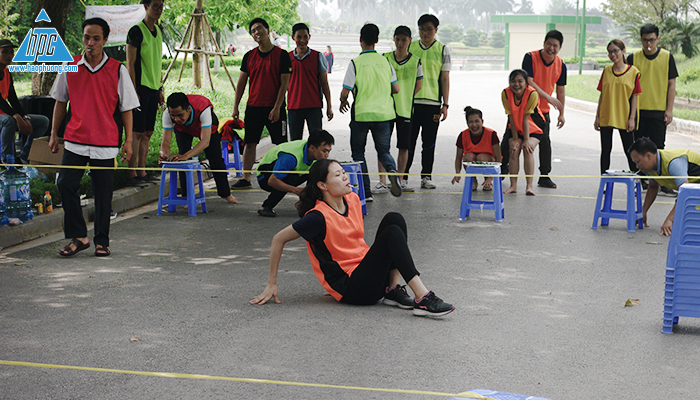 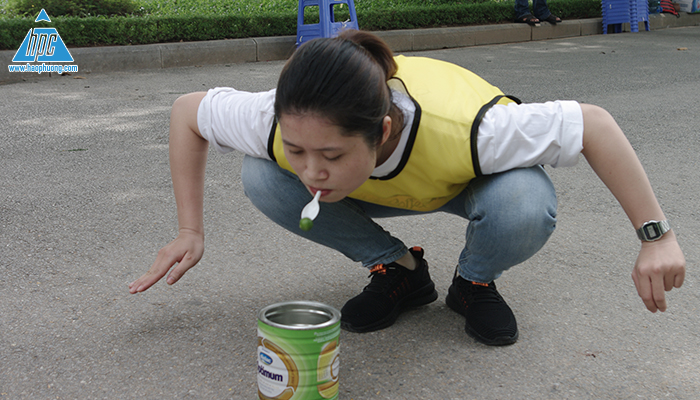 The members are all very skillful in this game

This is also a game that requires certain agility and understanding of teams for products that Hao Phuong is doing. 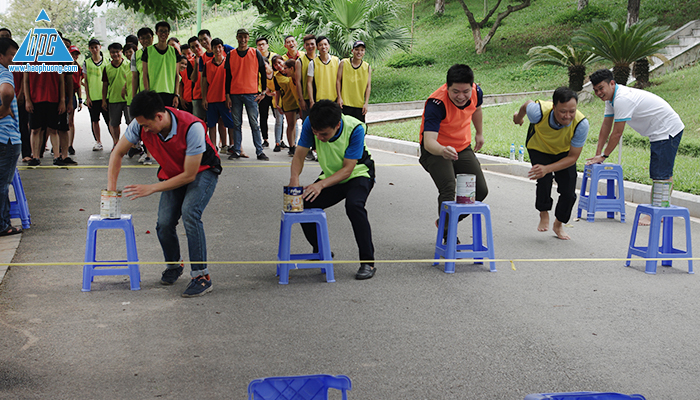 The teams quickly took the name tags of the equipment 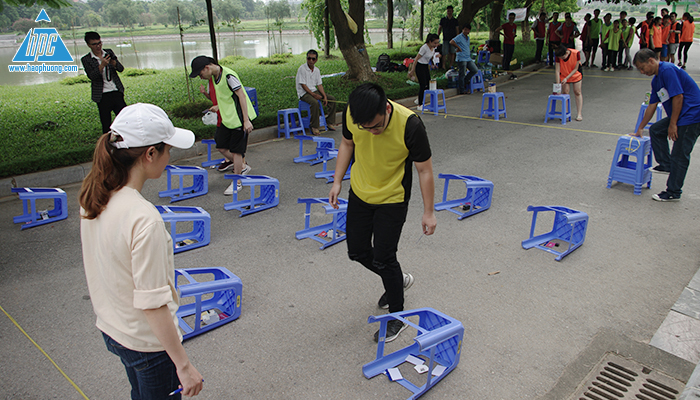 Everyone tries to observe and make decisions quickly

This is the first time this game appear at this year’s Sports Festival. First, the organizers give each team 3 sheets of A4 paper. The task of team members is to use the paper to bring water from point A to point B. Point B has 5 plastic cups available. The first cup will have a ping pong ball in it. The teams will fill the glass of water and blow the ping pong ball from one cup to another. Any team that can bring the ping pong ball through all 5 cups is the winner. 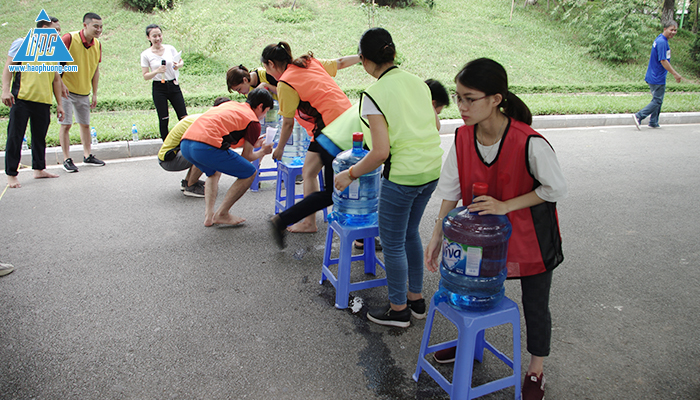 Taking water on an A4 sheet of paper was inherently difficult 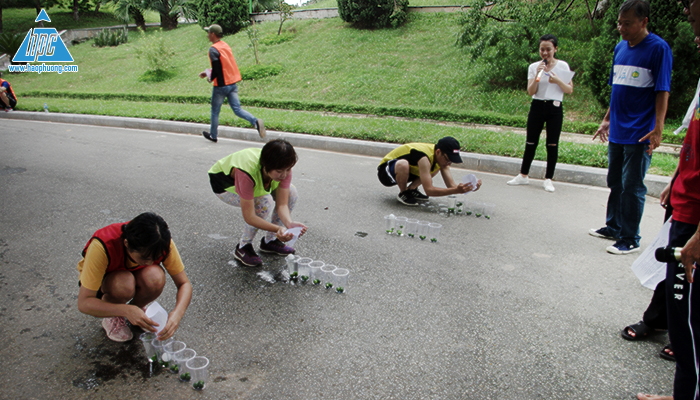 Pouring water into cups is even more difficult 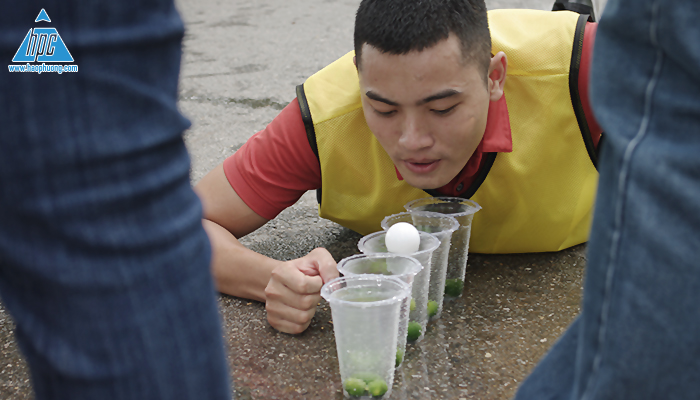 Everyone rolled out for this game

“accessories assembly” is one of the hard games this year. This game requires players to understand the device and know how to remove them so that it is fastest and most accurate.

Both members of each team must strive in their turn 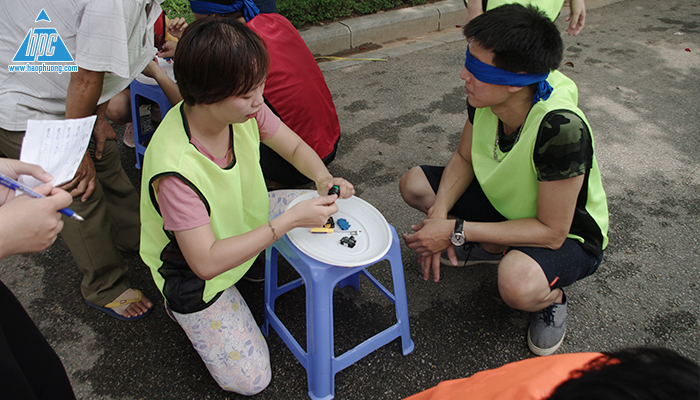 Try to remove the button quickly 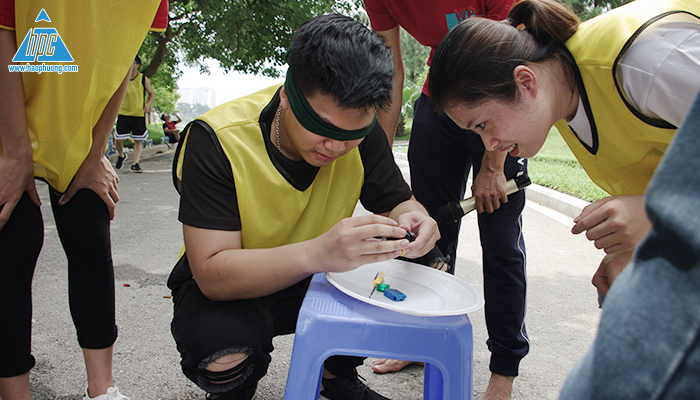 Besides, they did not forget to support their teammates to complete the installation of the push button

This is the game that stirred up the atmosphere of Hao Phuong Annual Sports Association in Hanoi this year. Members of all 4 teams participate in a very exciting and enthusiastic way in this game. 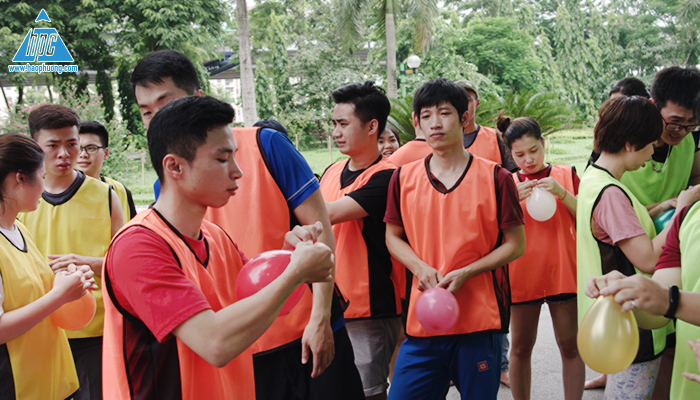 The teams blowing the ball prepare for the 5th game 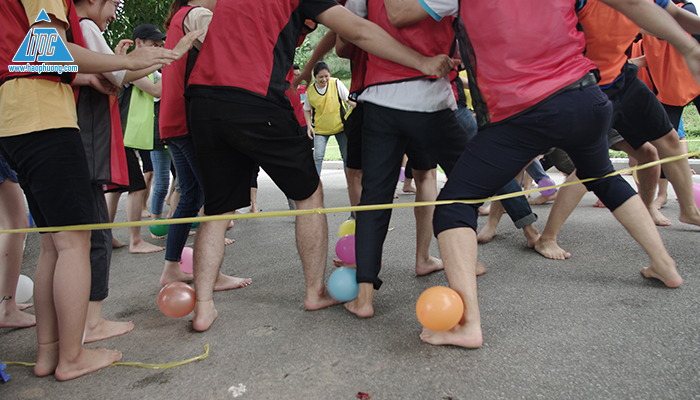 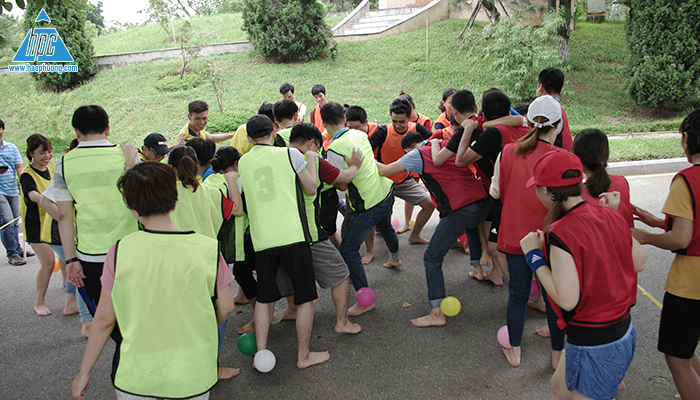 The fierce struggles to kick the balloon of each player

Perhaps this is the most elaborate game invested by the organizers for teams in the sports festival. So it takes the most time. The organizers decided to spend the afternoon with teams playing this game.

What are the values that ” the big games” aimed at?

The theme of “the big game” is “Journey to find the 5 core values ​​of Hao Phuong”. Core values ​​support the vision, cultural formation and reflect the values ​​of the business. They are the essence of corporate identity. They include principles, beliefs and values ​​philosophy. Many businesses mainly focus on technical capabilities. But they often forget that it is the potentials that are helping businesses run smoothly are the true core values. Establishing strong core values ​​will create advantages both inside and outside the business.

For that reason, the organizers decided to build this game so that the teams had a chance to play but at the same time reviewing 5 core values ​​that contributed to shaping Hao Phuong today.

The mission of the teams in the big game 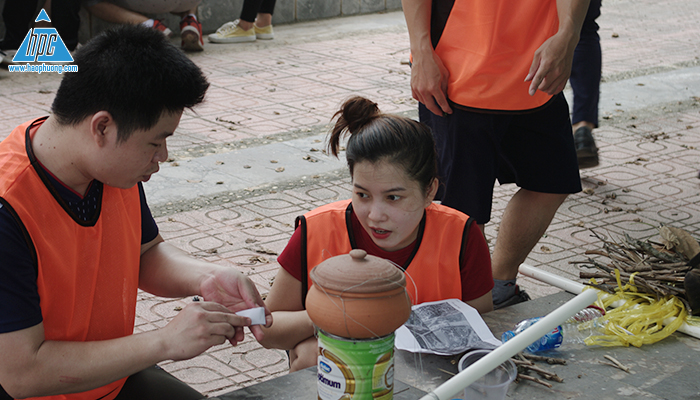 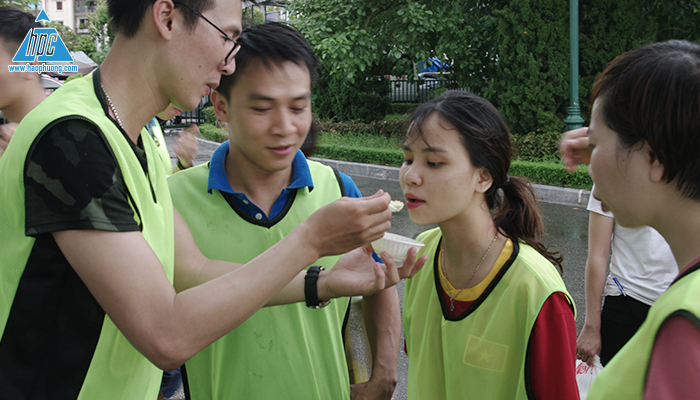 “Try the porridge we cooked to see if it’s good” 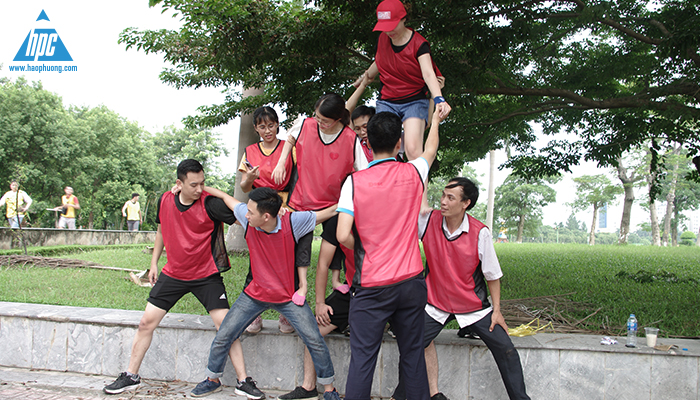 This is an effort of a whole group 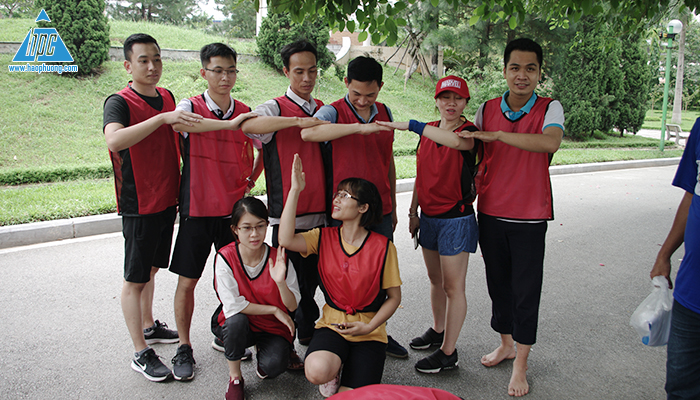 Teamspirit is the above all 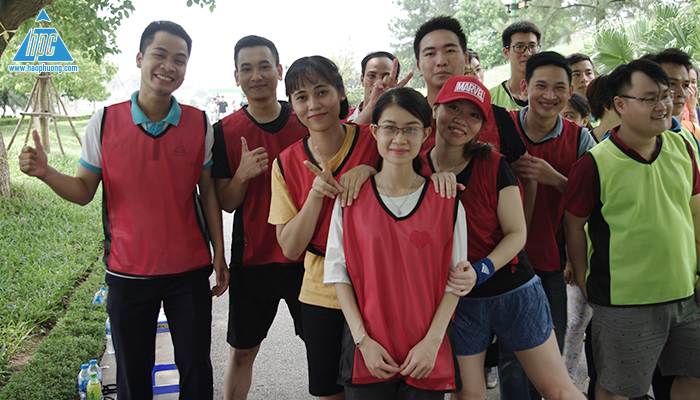 “Let’s take a picture, everyone !” 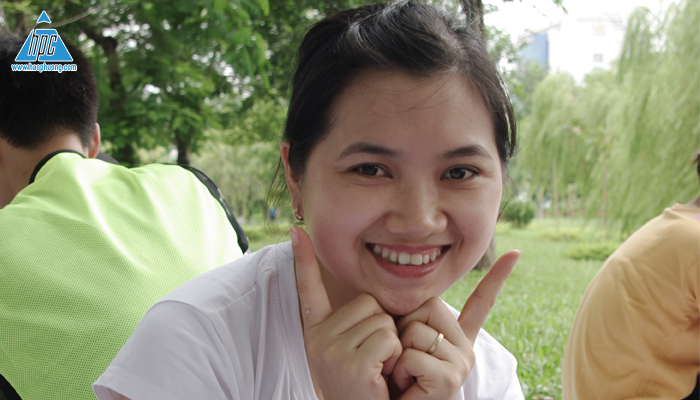 Everyone has had fun hours today

Summarize and closing ceremony of the game

After completing the games, the teams proceed to clean up and move to Phuong Nam Restaurant. Here, a small Hoi Thao closing party was held to award the teams. In the end, the first prize belongs to team 2. The second and third prizes and encouragement belong to team 4, team 1 and team 3 respectively. 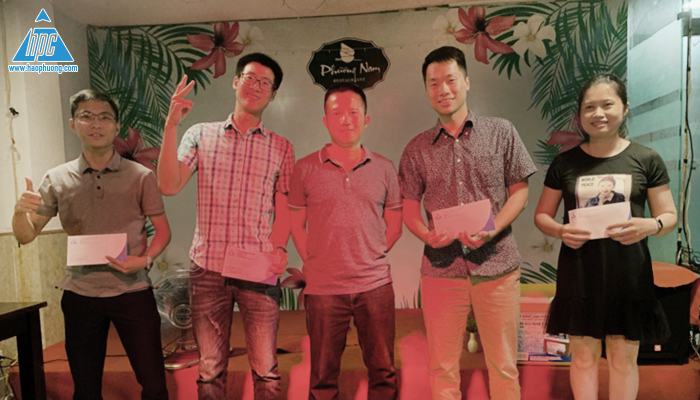 Representatives of the organizers awarded 4 teams