In the afternoon of August 2, 2019, the third day of competition – the 2019 Hao Phuong Sports Festival continued to take place at the Hiep Binh Phuoc football field. Please follow the main events of this competition day through the following article.

A roll call of teams before the competition time

Although it has entered the 3rd week, the spirit of the teams is still very high. Everyone was excited to wait for the teams to come out. The cool, sunny weather in the afternoon also helps the players to keep the most comfortable spirit in preparation for the exciting matches. All teams are trying to gain points to dominate this year’s Sports Festival. 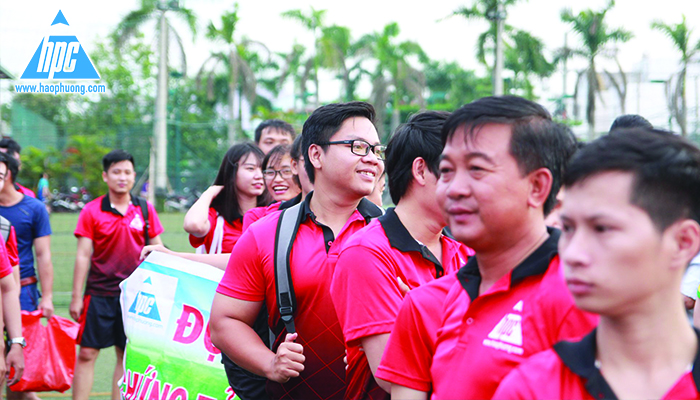 After the teams focused their attendance, the company representative – Mr. Tran Hong Hai awarded the winner the game ” predicting the score of the match 26.07″. The VND 200,000 award belongs to Ms. Pham Thi Thu Hong. 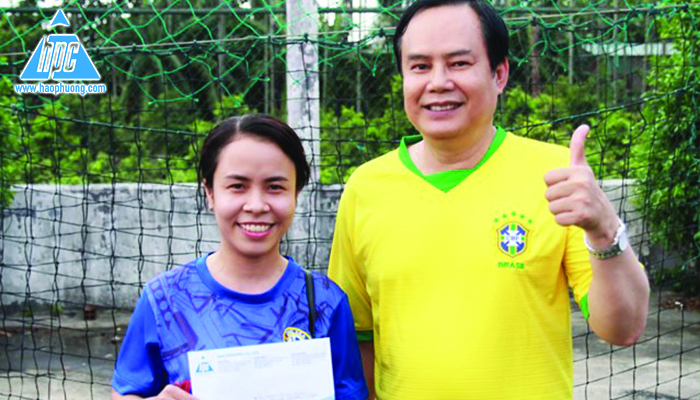 Following the awarding section is the cheerleading performance of Team 4. This is a dance song on the background of lively music called “We are one”. This funny opening act has warmed up the atmosphere before teams entered the first match.

The first match on August 2 took place between team 2 and team 3. From the first minute, the two teams all carried out a strategy to raise the squad, constantly threatening the opponent’s goal. In the first half, each team, in turn, scored 2 goals. The goals of team 2 were scored by Mr. Trong and Mr. Trung Tan. 2 goals of Team 3 were scored by Mr. Phu and Uncle Hoa. The first half ended with a score of 2 – 2.

Entering the second half, both teams have many dangerous balls to win the opportunity to score for their team. On Team 2, Trung Tan continued to score another goal against Team 2. Meanwhile, Team 3 was excellent in scoring 5 more goals. These goals belong to Mr. Phu, Mr. Long and Mr. Vuong (3 goals). It is also impossible not to mention the impressive goal of the goalkeeper of team 3, Mr.Long. After a long shot, he broke Team 2 against the surprise of everyone present on the field. The first match ended with a score of 7 – 3 in favor of team 2.

let’s take a look back at the beautiful moments in the match between team 2 and team 3 through the following images: 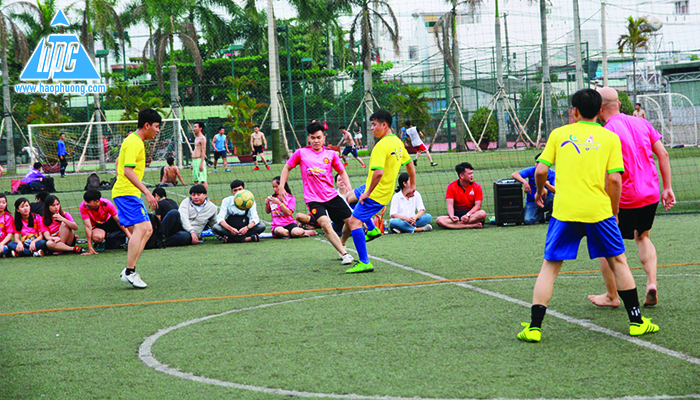 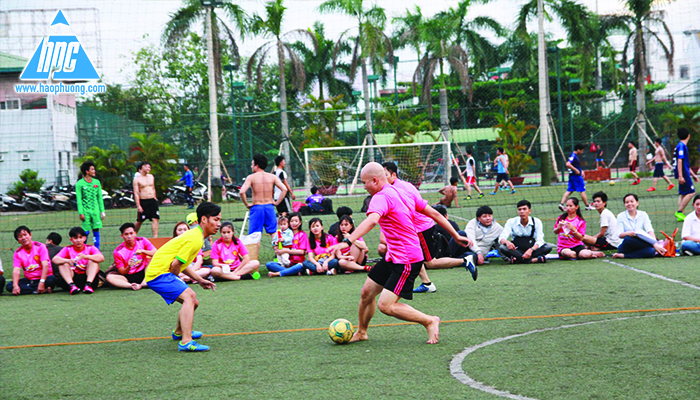 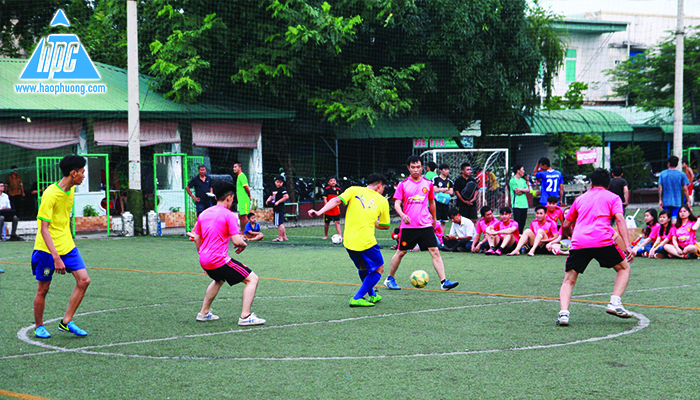 Both teams compete with the determination to win. 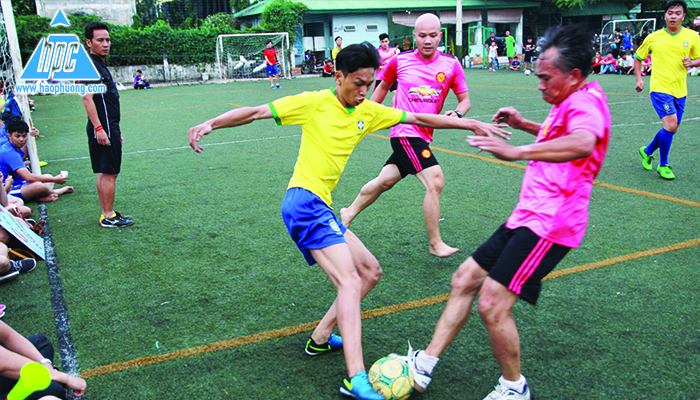 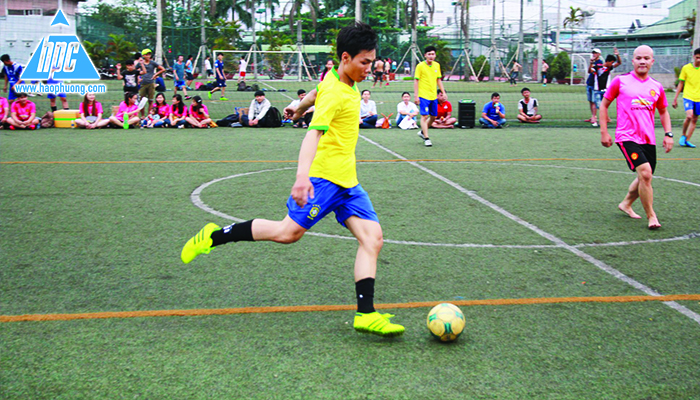 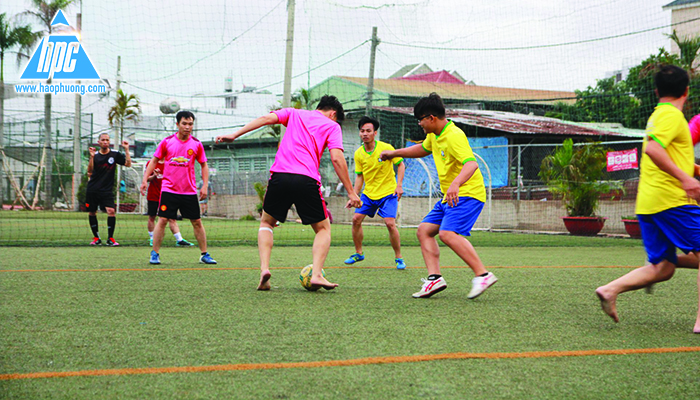 The matches are very tough but no less fun

The entry for the cheerleading competition of Team 2

After the match between team 2 and team 3 ends, team 2 has an entry to attend the Fangame. It is a Carnaval-style dance. The colorful performance of the girls of Team 2 made the atmosphere in the stadium more bustling than ever. 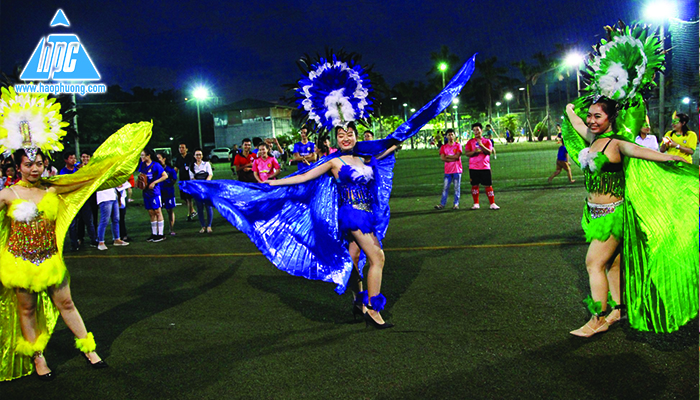 The entry for the cheerleading competition of Team 2

The next match between team 1 and 4. Mr.Anh Doi with a very high level has opened the scoring for team 4 with an excellent goal. The next goals belonged to Team 1’s players. These goals belonged to Mr. Le Ot, MR. Khanh and Mr. Hai. Hai himself scored 2 goals for team 1. The first half ended with a score of 4 – 1 in favor of team 1.

After a 15-minute break, both teams entered the second half with determination to win. After many mixed attempts to intimidate the opponent, each team scored 1 more goal. Specifically, the scorer of team 4 is Mr. Cong Trong. The goal of the first team was recorded by Mr. Thanh Bao. At the end of this match, Team 1 won with a score of 5 – 2. Team 1 is also the team that is maintaining the best performance since the beginning of the Sports Festival so far. 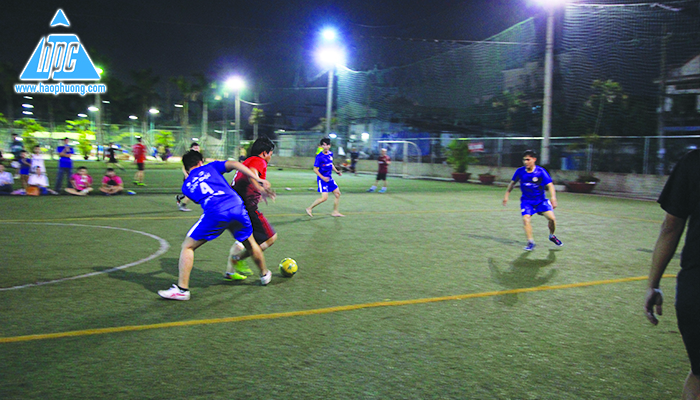 A tackle of Team 4’s player 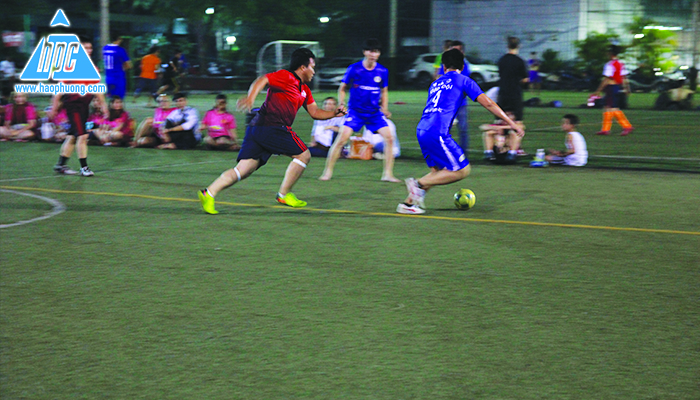 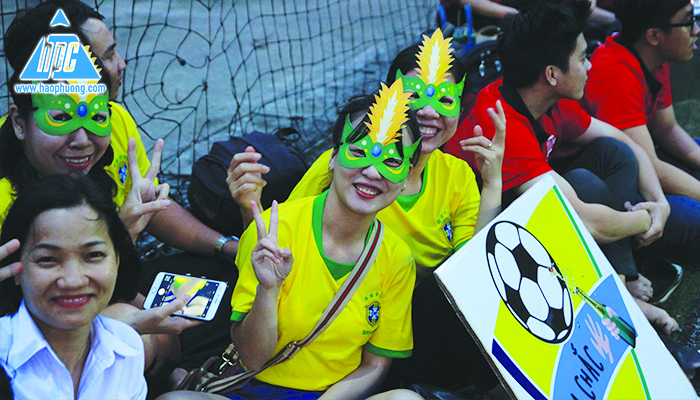 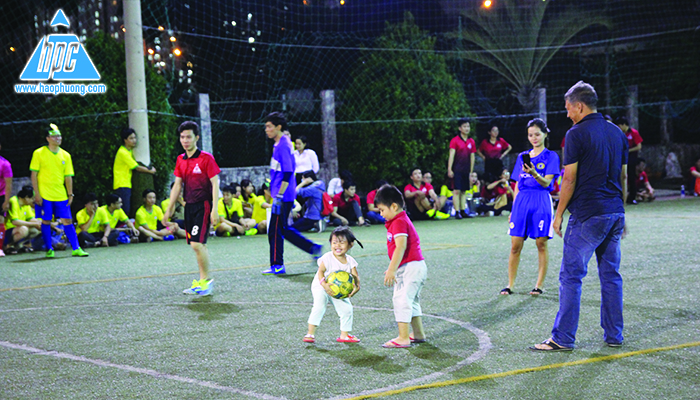 The 3rd day of competition in the 2019 annual Sports Festival ended. The last day promises to bring exciting and passionate sections. Do not forget to follow the articles that are updated continuously in the future.